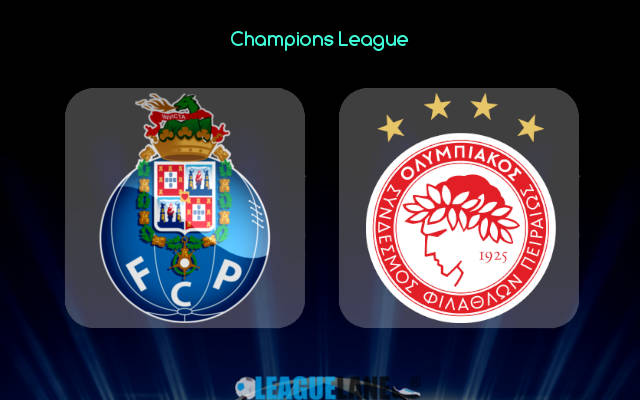 Manchester City are the outright favorites to secure the top-most spot in Group C, and this puts the other three teams in a delicate spot. They will have to make the games against each other count at any cost, and will have to hope not to lose by a huge margin against the Citizens.

The Dragons are on the back-foot this early itself, as they lost their opening game. One more loss, and the team will be under unimaginable pressure.

They need the three points at any cost this Tuesday, and it helps that they are taking on the Red-Whites, who are from Greece.

It’s no secret that the Portuguese Primeira Liga are one of the best leagues in Europe, while their Greek counterparts are just mediocre even on their best days.

On top of that, Sergio Conceicao’s men also have a phenomenal h2h record at this stadium over the years.

As such, expect Porto to easily be the better team on the pitch this Tuesday.

Conceicao’s men lost 3-1 on the road the last match-day in the UCL, against Manchester City. Meanwhile, Pedro Martins’s men recorded a 1-0 win at home the past game week, against Marseille.

As things stand, the Dragons have the upper hand. They have been the best team in Portugal for the past several years, and the Primeira Liga have been one of the best domestic competitions in the whole of Europe for quite a while.

On the other hand, the Greek Super League does not command that kind of respect at all. Going on, Conceicao’s men have also won ten of their former fourteen overall match-ups, and they won 16 of their last 20 appearances at home as well.

On the other hand, their opposite number were winless in four of their last five fixtures on the road.

And on top of that, the Dragons also have a near-perfect h2h record at this stadium. They have scored two or more goals in all such fixtures, and have won all but one such game.

As such, expect Porto to dominate proceedings this Tuesday at the Estádio do Dragão.