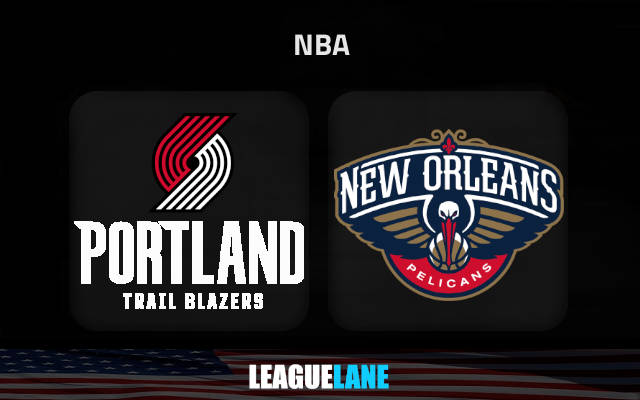 Portland Trail Blazers are without a doubt one of the most positive surprises this season. They are 7-3 at the beginning of the campaign despite a rather complicated schedule that included as many as three clashes against Phoenix Suns.

To make Portland’s early successes even more impressive, we have to say they went without Damian Lillard in three games last week.

Dame returned to action on Monday and immediately helped the team get a big 107-110 road win over Miami Heat.

Portland played against Charlotte Hornets last night and fatigue may play a part for this affair with the Pelicans but this will also be a back-to-back contest for New Orleans.

With both Lillard and Anfernee Simons fit, and Jerami Grant and Josh Hart red-hot after nailing buzzer-beaters against the Suns and the Heat respectively, we can hardly bet against the Trail Blazers right now.

The Pelicans are much better offensively than defensively

New Orleans Pelicans represent a genuine enigma this season. They went into yesterday’s game against Chicago Bulls on a 5-5 record but their matches are generally very tough to call.

What we do know is that New Orleans have the sixth-best offensive rating in the nation. However, the team had huge problems defensively of late.

The Pelicans allowed 129 points in the regular-time defeat to Indiana Pacers on Monday night.

Knowing they had earlier shipped 124 points in the overtime defeat to Atlanta Hawks, we can only wonder what Damian Lillard, Anfernee Simons, and the company could do against them on Thursday.

On another note, the Pelicans will come into this on the back of two successive wins on the home floor, despite facing the likes of the Mavericks, and the Warriors along the way.

The value is with the underdogs here

Both teams were in action last night, meaning fatigue does not represent an advantage for either side.

We do like the plus odds for the Blazers and we will back the underdogs here just for the value but make sure to know that the Pelicans have shown much better displays at home than on the road so far in the season.