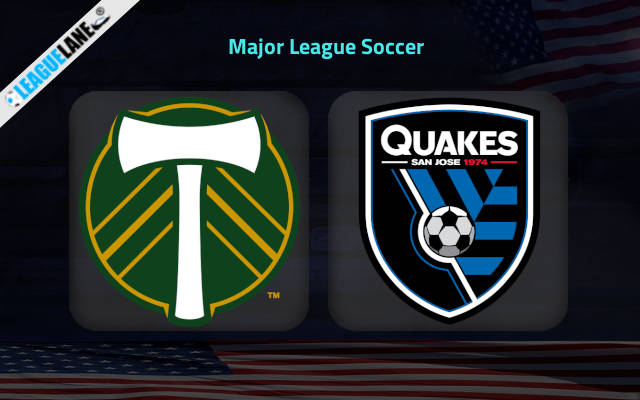 Matchday 22 of Major League Soccer will be starting this week as Portland Timbers play host to San Jose Earthquakes. Both these sides are in the Western Conference with 5 points apart. They will be seen battling it out at Providence Park, this Sunday.

Portland Timbers is at the 8th spot with 27 points from 21 games. They won and lost 6 times each in the league while having drawn on 9 other occasions. Momentum is really building for them as they have now gone 6 games without losing.

The hosts go into this fixture coming off the back of a 1-1 MLS drawn match over Vancouver Whitecaps. They have been on a persistent run of goal-scoring form, finding the back of the net in each and every one of their last 6 games. They’ve managed to rack up 12 during that period.

On the other hand, San Jose Earthquakes resides at the 13th position on the table with 22 points. Of the 20 matches played, they won 5 times in the league while having drawn on 7 and have lost on 8 other occasions. The hosts failed to win any of their opening 7 fixtures in the MLS this campaign an that’s why they now sit second from the bottom.

Following on from suffering a 1-2 loss in their previous game against Houston Dynamo in this competition, San Jose Earthquakes will be hoping to turn things around here. They have been scored against in 5 of their last 6 matches, seeing opposing sides hit 9 goals overall.

The home side has scored in the last 3 games in front of their own fans and they remain is unbeaten in the last 6 games coming into this fixture. They have an incredible track record at home over this rival, where they are undefeated in the last 20 h2hs.

Meanwhile, San Jose Earthquakes have achieved just one win of their last 10 away league games. Thy even lost the same fixture, last season by 0-2 margin.

Knowing that, we expect Timbers to seal a win this Sunday.