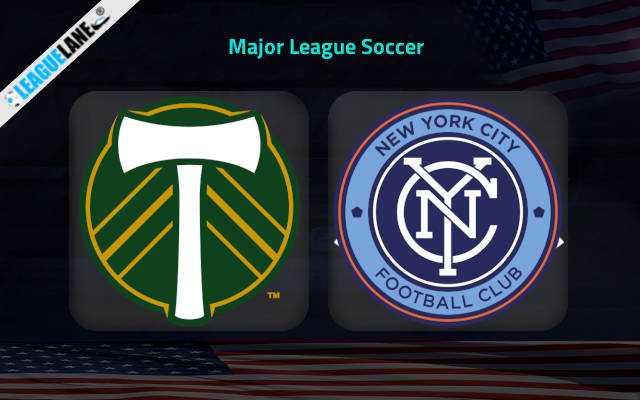 Portland Timbers, having won the Western Conference, will welcome Eastern Conference winners New York City FC to Providence Park in Portland, Oregon for the MLS Cup finals. These teams will lock horns this Saturday with the winner being crowned league champions. Read our Preview, Predictions, and Betting Tips with Analysis here.

The Pigeons finished 4th in the Eastern Conference, 22 points behind the leaders. Following their win against Atlanta United at home, they beat Conference leaders New England 5-3 on penalties.

They managed to win the Conference with a 1-2 win against Philadelphia in the finals. Parks and Tinnerholm will miss the fixture on Sunday due to injuries.

The Timbers managed a 4th place finish in the Western Conference, 6 points behind Colorado. They made it to the Conference Finals with wins against Minnesota and Colorado. A 2-0 win in the finals against Real Salt Lake City has put them in the MLS Cup.

Attinella, Jome, Polo, Sulte and Williamson will miss the fixture on Sunday due to injuries.

The MLS Cup Finals are usually known for producing closely fought low scoring games with just one match in the last 8 finals producing more than 3 goals. With 2 or fewer goals scored in 3 of the last 5 finals and with 3 of their 4 conference playoffs fixtures involving a score line of 2 or fewer goals, I have backed under 2.5 goals in the match.

The New Yorkers are set to compete in their first-ever MLS Cup fixture against a side that has competed in this fixture twice previously, winning one among them. Despite a higher overall finish in the league, the hosts have had 2 of their players sent off in the Conference playoffs, they further have been significantly weakened by injuries.

With the visitors having a much more convincing run leading into the fixture I have backed them to win the contest. I do not see the match going beyond the regulation time as none of the previous 4 MLS Cup finals went beyond 90 minutes and just one of their 4 matches in the finals and semifinals proceeded to extra time and beyond.

Valentín Castellanos will be available to start after serving a suspension. The Argentine was the top goal scorer in the Eastern Conference with 21 goals. The 23 year old scoring should be crucial for the Blues to lift the trophy and I believe he will do so.