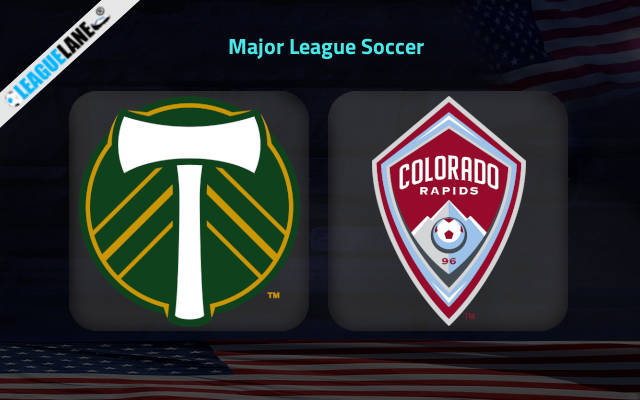 Gameweek 16 of Major League Soccer is being scheduled in Western Conference as Portland Timbers play host to Colorado Rapids where both these sides are separated by just 3 points in the second half of the table. These two sides will be seen clashing at Providence Park, this Sunday.

Colorado Rapids is at the 9th spot on the standing with 19 points from 15 games. They won 5 times in the league while having drawn 4 and lost on 6 other occasions. The visitors have won and lost twice from their last 5 games alone and it shows their high degree of inconsistency.

In their last game, the visitors drew 1-1 in the MLS tie with New York City FC. Over the course of their previous 6 outings, Colorado Rapids have bagged the sum of 7 goals while having not failed to score on each one of those occasions. During that period, their defense have seen 8 goals go against them.

On the other hand, Portland Timbers resides at the 13th position on the table with a mere 16 points. Of the 16 matches played, they won only thrice in the league while having drawn 6 times and have lost on 7 other occasions. They are without a win since their last 4 league fixtures, but they have a decent offensive side.

Portland Timbers will play in this fixture after a 1-1 league drawn game over Los Angeles Galaxy. They have seen their defense breached in all of their previous 6 clashes, letting in 12 goals during that time.

Colorado Rapids are without an away win since their last 11 games. They haven’t won an away game in MLS but have the advantage over this foe in their past h2hs.

Meanwhile, Portland Timbers were also not able to secure a win since the last 4 home h2hs. They won only 2 of the 7 home games played so far in the league.

Even though they visitors are poor on road, they won 2 of the last 3 h2hs. We therefore envisage an away win or draw to occur this Sunday.