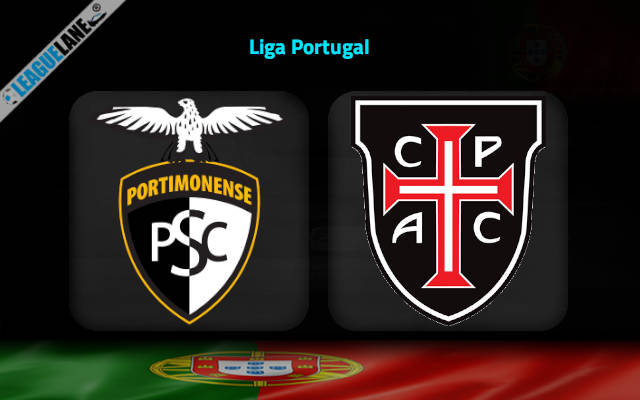 Portimonense and Casa Pia will lock horns in the first game of Matchday No 15 in Portuguese Primeira Liga on Wednesday evening at Estadio Municiapl de Portimao.

Both outfits have confounded the preseason ambitions in the opening 14 games, mainly thanks to the rock-solid defensive showings.

Portimonense still hold the 8th position in the league table despite winning only one of the last six Primeira Liga outings.

They were in action in Taca da LIga during the World Cup break. It did not go very well for Paulo Sergio’s troops who came only third in the section with Gil Vicente, Nacional, and Sporting Covilha.

Casa Pia did not do much better in their respective group either. They took four points in three games to finish the group with Sporting Braga, Pacos Ferreira, and Trofense at the second position.

Nevertheless, Casa Pia have already done some great things in the first half of the Primeira Liga. The fact they have allowed only 10 goals in the maiden 14 rounds is fascinating.

The team led by Filipe Martins played a friendly against Italian Serie A giants Roma nine days ago. They left a decent impression, losing narrowly 1-0 on the occasion.

If we count both competitive and non-competitive games, only a single of the previous eight outings Casa Pia played in all competitions saw three or more goals scored.

This is the clash between two strong defensive lines and we would be very surprised to witness a high-scoring scenario when they come across each other.

As for the outcome, we lean towards the draw as the most likable of the three. The best value can be found in backing the goalless stalemate at the super-attractive 8.00 odds. If you want a somewhat safer option, the Draw & Under 2.5 goals FT bet is priced at the 3.75 odds.