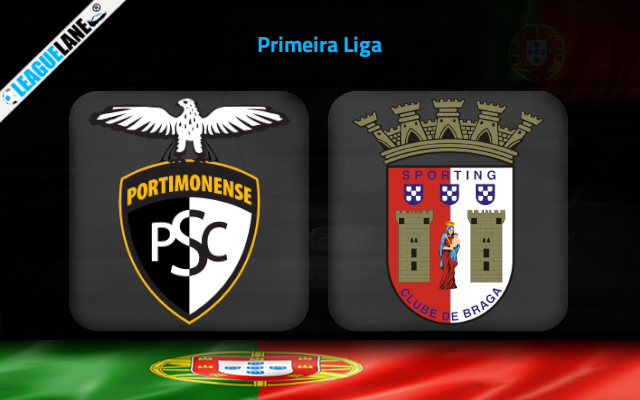 Braga fired 28 attempts seven days ago against Casa Pia but they all counted for little as the team led by Artur Jorge ended up losing the match 0-1 on the home patch.

This defeat has significantly hurt Braga’s ambitions of challenging Porto or Benfica in the potential battle for the top-two finish and a place in the group phase of the UEFA Champions League next season.

Braga dropped to third place and are now one point shy of Porto in second and as many as nine points behind leaders Benfica.

To make things worse for Artur Jorge and his troops, they are now set to face a very strong Portimonense side on the road in Gameweek No 13.

Portimonense climbed to the 7th position in the Primeira Liga standings thanks to a 1-2 victory over bottom-half strugglers Gil Vicente last weekend.

However, we must say that it was not the very best display in general from Portimonense who allowed 19 attempts towards their goals against such a weak opposition on the occasion.

Braga own the joint second-best attacking record in the top flight of Portuguese football. The visitors notched 27 goals in the inaugural 12 games of the season and they should have space to deliver in the final third past Portimonense on Sunday.

Last but not least, we have to mention Braga’s impressive record on travels as Jorge’s men won five of six league games on the road this term.

This match could have goals in it. Both teams are well capable of producing in the final third, especially Braga who will be highly motivated to rebound from the unexpected home defeat to Casa Pia.

We’ll go with Braga to win & Both Teams To Score pick at the odds of 3.50 odds as the main betting option here.