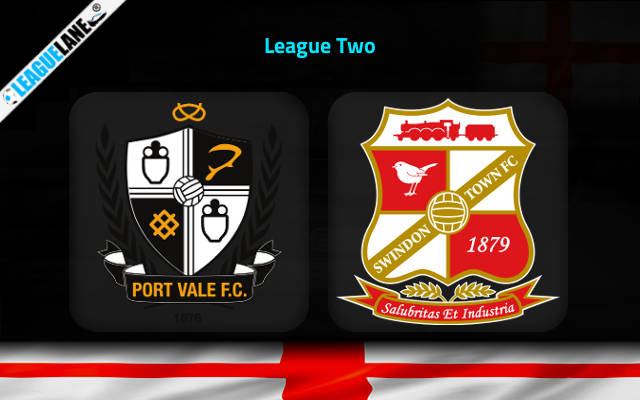 Swindon Town travels to Stoke-on-Trent for their second leg match against Port Vale in the semi-finals for League Two playoffs.

Swindon Town secured the win in the first leg match with a one-goal lead. They opened their scoring in the 26’ minute with a goal by Harry McKirdy. McKirdy added another goal in the game before Port Vale scored their only goal in the match. The match ended in a win for Swindon with 2-1 FT score.

Port Vale’s recent matches show the team in a hiccup with their form in the recent matches. From the last five matches, the team has lost in four and secure win in only one. They even had a cold streak which lasted for three matches. In the league table, Port Vale stands in the fifth position with 78 points.

Swindon Town has played well in their matches recently. The team is on a win streak in their last five matches and will hope to keep the streak going. The team currently stands sixth on the league table with 77 points from their matches.

Both Port Vale and Swindon wish to secure the win in the finals of the playoffs, and only with the win in this match will they get a chance to play in the finals. Even though Port Vale stands above Swindon in the table, their recent performances in the recent matches make Swindon the favorites. Swindon has won consecutively in the last five matches as well.

Looking at the records, the match will most likely end in a win for Swindon. Swindon hope to end the match without letting Port Vale score any goals in the match.