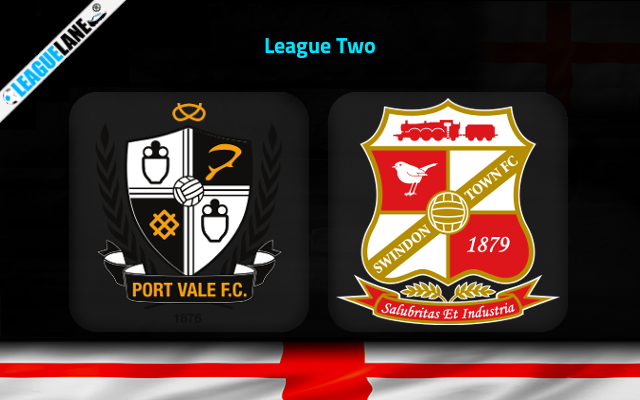 Both Port Vale and Swindon have been performing great recently. But both the teams left a really bad impression on the last round conceding a defeat. They are occupied at the first six.

Despite of playing two games less than Swindon, Port Vale wins 10, draws 5 and lost 6 of their 21 matches, collecting 35 points along the way.

While Swindon Bags 37 points in 23 games and are currently in the zone of League Two Play-offs. They have won 10, drew 7 and lost 6 of their total games so far this season.

The hosts will follow a 2-1 defeat against Newport. They will enter into this tie on the back of this defeat which came after two back-to-back victories.

However, their attacking side have been impressive over the course of last three league games. They found the back of the net in last six games across all competitions.

In the meantime, their defence leaked goals and allowed their opponents to score at least one in last five games.

On the other side, Swindon are following three straight losses with conceding at least two goals from the opposition on travels. They were having 7 wins from 9 away games since they conceded three back-to-back defeats.

When looking at their recent three games in the league, they scored at least one 5 of the last 7 games and are expected to continue the same here too.

But just one goal might not prevent a couple scored at the other end. Therefore, we are predicting a win in favour of Port Vale.