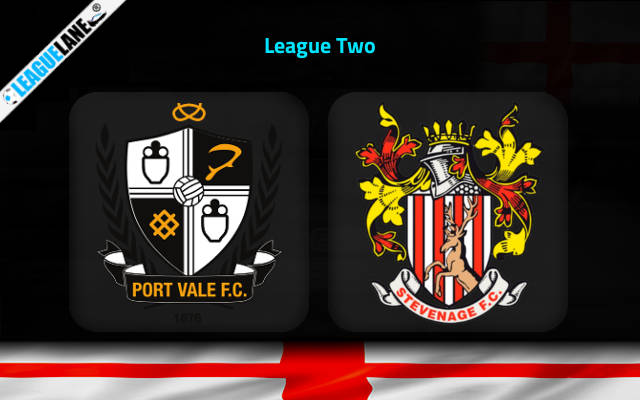 Game week 34 of League Two brings us the match between Port Vale and Stevenage on Saturday at Trent.

Port Vale faced Rochdale in their last match. Port Vale’s wish of winning the match was stopped by a late minute goal by James Cameron Ball for Rochdale. The match ended in a draw with 1-1 FT score.

Stevenage played against Bristol Rovers in their last match. Bristol Rovers scored well in the match, all while defending their post from any goals from Stevenage. The match ended with a large margin of four goals. Stevenage lost the match with 0-4 FT score.

After a series of no-wins in the match, Port Vale has gotten back into their form. Port Vale is unbeaten in their matches since the end of January and has achieved two wins in the matches as well. The team currently stands 10th on the league table with 46 points. Port Vale will look to keep their streak going with a win in this match.

Recent performances of both teams show that Port Vale has performed better than Stevenage. Port Vale has scored in four of the last five h2h while Stevenage has failed to consecutively in their last three matches.

Port Vale also has the advantage of playing in their home ground where they have secured most of their wins while Stevenage has secured only a single win in their away matches and that too in the first away match. They are winless in their last fifteen away matches.

So, I believe the match will end in a win for Port Vale. The host was the first team to score in most of their recent matches and we can expect them to do so in this match as well.