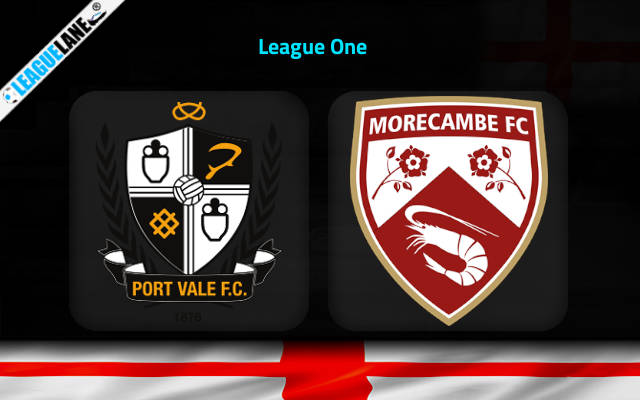 Port Vale vs Morecambe Predictions and Free Tips from our expert tipsters when the teams go head-to-head in League One on Monday, 26 December 2022.

Morecambe will most likely play in League Two next year. They are at the root of the table and have struggled all season. They recently lost to league leaders Plymouth by a 2-1 scoreline. Goalkeeper Connor Ripley saved his team from embarrassment as he successfully stopped eleven shots on target.

Port Vale won this fixture back in 2021. They are on a two-game winning streak since 2019 against this team at their home ground. Morecambe are on a five-game losing streak in all competitions in their away trips.

Who will win the match between Port Vale and Morecambe?

We are backing Port Vale to take all three points from this game. They have an good winning record against this team at their home ground. Moreover, they are unbeaten in three of their last five league outings.

The last two matches between these two teams ended with less than three goals being scored. This form started since 2019.

Both teams have not scored in five of the last eight head-to-head matches. At Vale Park, it is rare to see both teams score in this fixture. Therefore, we expect the same trend to carry on this time as well.

Our second tip is that James Wilson to score anytime – at 2.37. He scored a brace against table toppers Plymouth recently. We can expect him to find the back of the net against this team.