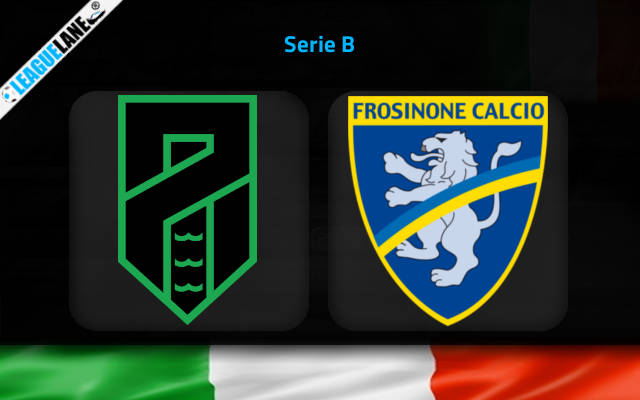 The relegation fighting Pordenone will be inviting Frosinone who are in the last spot of Quarter final Play-Offs. They will be facing each other at Stadio Guido Teghil this Tuesday.

Frosinone is at the 8th spot on the standing with 51 points from 32 games. They won 13 times in the league while drawing on 12 and losing on 7 other occasions. Although they have not been firing on all cylinders this season, the fact remains that they have enjoyed 8 wins in their last 11 fixtures at this level.

Frosinone go into this match following on from a 0-1 loss to Lecce. They have kept 3 clean sheets in the last 6 games, conceding 3 goals during this period. Over the course of 5 of the prior 6 games featuring Frosinone, a notably low volume of goals have been scored between them and their opponents.

On the other hand, Pordenone resides at the rock bottom closing the 20th position on the table with a mere 14 points. Of the 32 matches played, they won only twice in the league while drawing 8 times and losing on 22 other occasions. Their total goals to conceding ratio stands at 22:58 which is the worst in Serie B, showcasing their dreadful lineup.

Pordenone will be hoping to bounce back here following the 1-0 Serie B defeat in their last game at the hands of Ascoli. They have not won in the last 5 games coming into this, with 2 draws and 3 defeats. The hosts has also fired blanks in 13 games this season.

Pordenone are without a win since the last 8 home games coming into this one. They have won only once this season out of the 16 games played at home ground.

Heading into this clash, Frosinone have not won away from home in their last 6 league games.

We feel that an away win is likely to occur this Tuesday as the hosts remain poor throughout this season.