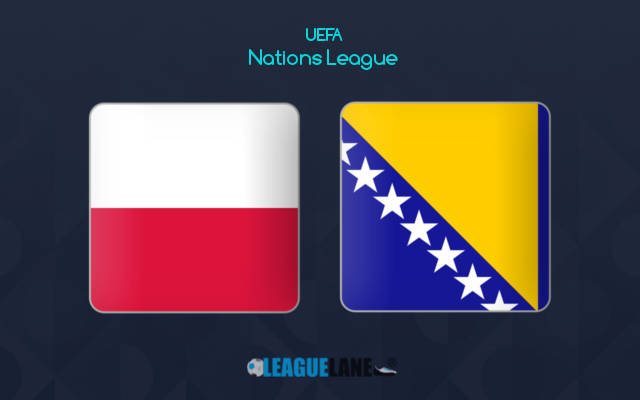 Situation in Division A Group 1 could get really messy if Poland beats Bosnia & Herzegovina in Wroclaw this Wednesday.

Italy and Netherlands were marked as top favorites to win the first spot in this bracket, but Polish might actually surprise everyone in the last three rounds.

This team has collected four points so far, while their opponents are at the bottom with only two.

Bosnians are also in very bad mood after losing a chance to participate in EURO 2021 after losing to Northern Ireland at home.

The 1.75 odds on Poland to win was pretty much expected rate, and might be worth placing a high stake bet.

There were only four head to head meetings between these two teams so far. Three of them friendly duels, one in UEFA Nations League in round two.

Bosnians are still waiting for their first victory, losing three games and scoring only three goals to Poland so far.

The first match played in Zenica in September was won by Poland 2-1 FT even though hosts had the lead.

Bosnia looked really strong in the first half against Poland in Round 2. They even gained the lead through Haris Hajradinovic, but eventually couldn’t outrun Polish players.

Kamil Grosicki was the man of the match with one assist to Glik and because he scored the winning goal 25 minutes from the final whistle. That was the only victory so far for Jerzy Brzczek’s players. They lost to Netherlands away 1-0, while last weekend’s clash against Italy ended without goals and without winner.

As stated above, victory against Bosnia would be huge and would put Poland in position to fight for 1st position.

Visitors are having so much problems lately. Coach Bajevic announced he will be leaving the position after this match, while appearance of Dzeko and Pjanic is under a question mark.

We will back hosts to win the match with higher stake than usual.