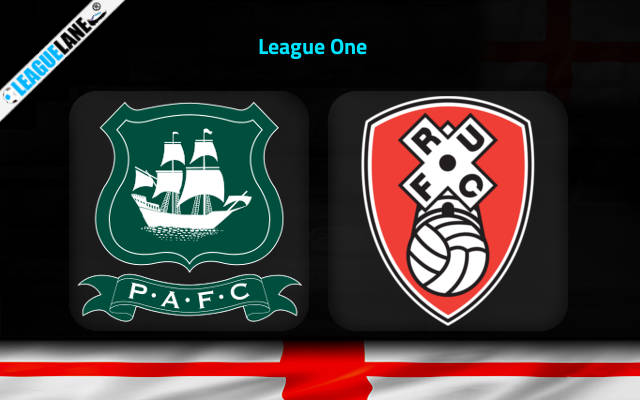 Plymouth, having finished 18th in the league last season, are doing extremely well and have made themselves contenders for promotion into the Championship. After a three year long stint in the division, it is currently theirs to lose a promotion spot.

They were last seen in an away fixture against mid table club Cambridge United, in which they ended up on the losing side of things in a contest that ended with a score line of 2-0. This was their first loss in six league games.

With four wins preceding that loss, the club is now 5th in the league, ten points behind an automatic promotion spot.

Rotherham have been laying waste to League One opponents throughout the course of the season, they are favourites to finish in one of the top two spots. However, they face tough competition from Wigan who are breathing down their necks in the title race.

In their most recent league fixture, they sealed a comfortable 2-0 win against Morecambe at home. This marked their 4th win in five league games.

Having further registered a draw from those games, the club is now top of the 2nd tier in EFL, sixteen points ahead of their opponents.

The hosts are on a four match winning streak in league matches on the road, while their opponents have lost three of their last five home games. Consequently, the hosts are my pick to win the fixture on Saturday.

The Millers have won by a score line of 0-2 twice in their last four matches on the road and further thrice in the season in away league fixtures. Therefore, considering the odds I have backed the score line for this fixture.