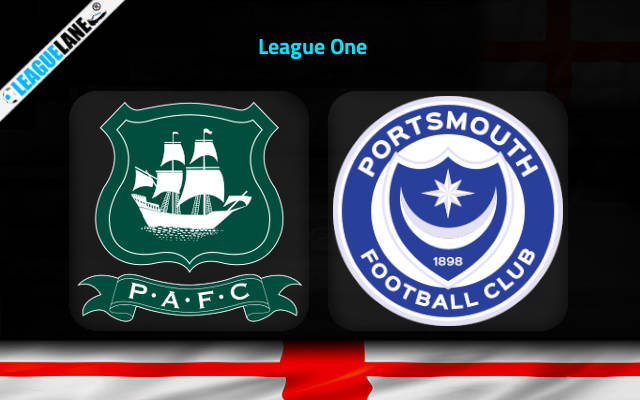 Plymouth will face Portsmouth for their next match of League One on Tuesday at Plymouth.

Plymouth played their last match against AFC Wimbledon, in which Plymouth scored two goals while Wimbledon could score none. The match ended with 2-0 FT score.

Portsmouth played their last match against Crewe Alexandra. Portsmouth scored three goals in the match while Crewe could score only one and that too by the end of the match, making it impossible for a comeback. The match ended with 1-3 FT score.

Plymouth Argyle has played well in their recent matches. They secured six wins in the last ten matches and has kept clean sheets in four of them as well. Their performance has put the team in the 6th position on the league table with 62 points.

Portsmouth also has played well in their recent matches. Throughout the season, the team has had their ups and downs. They could be in a win-streak and their form drops leading to cold streaks. However, recently the team is in-form and has earned an unbeaten streak which has lasted for seven continuous matches. The team sits 10th on the league table with 57 points from their matches.

Plymouth and Portsmouth are in the same position when it comes to their performances. They have played well in their recent matches. Both teams have an unbeaten streak going, which they hope to maintain.

Plymouth has the advantage of playing in their home ground. They have not lost in their last two consecutive home matches and will hope to keep the streak going. Portsmouth’s away matches at the start of the season had not produced the results the team had hoped for. However, they have improved and currently have a two-game win streak going on in their away matches.

Plymouth’s advantage of playing in their home ground makes them the most likely choice to win the match because both teams have performed similarly in their matches. Both teams have scored in their recent matches and are likely to do so in this match, ending the match with over 2.5 goals.