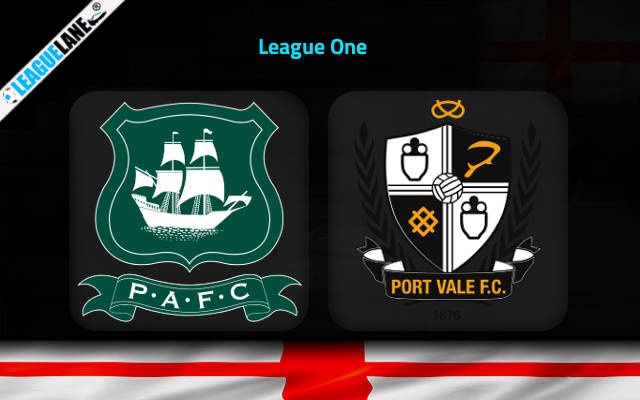 Plymouth has consistently performed well since the start of the league season and remains at the top of the table. They have conceded just two defeats so far.

On addition, they have the best offensive side in the league. They are unbeaten in the last 15 games and have seen a strong display from their attacking line in each of those.

Going on, they will be aiming to get a win from this game as the draw in the last two games has been a stumbling block to their consistent winning streak.

Expectation will be high for Plymouth with Port Vale in an average form on the other hand.

Currently 10 th in the table, Port Vale’s lack of decent stats to highlight will affect their spirits in this game. With a defense that concedes more goals than the attacking line scores, the best attacking line in the league like Plymouth can expect a minimum of two goals from this match.

By the looks of things, expect a victory for the home side Plymouth on Friday at Home Park.

It is ideal to expect a result based on the current form since the last time they faced each other was three years ago.

Plymouth have the upper hand based on the current form. At home, their only result is victory in the last 12 games. Apart from conceding a few goals lately, Plymouth have not shown any compromise in sealing a victory.

Expect a victory for The Pilgrims when the meet The Valiants on Friday evening.