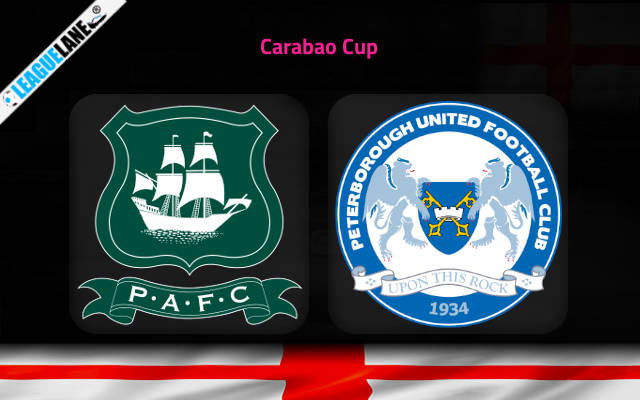 Plymouth had an average form throughout the past League One season. Their average form affected their positioning on the table as they failed to enter the safe zone spot for the difference of just three points at the end of the season. They had a decent offensive and an average defensive line-up that season.

Meanwhile, Peterborough were having a disappointing form the past Championship season. As a result they got relegated to the League One run this season. They had not possessed anything satisfying the past season. Their displeasing defensive line-up added more to the slump too.

Both these current League One competitors will meet each other at Home Park this Wednesday, locking horns in a Carabao Cup knockout fixture with Plymouth possessing the home advantage.

We can see Plymouth succeeding in recording unbeaten outcomes mostly in their recent pre season outings. Following that, they started off with a 1-0 win against Barnsley in their opening League One fixture of this season. However, they conceded a 2-1 defeat in the second fixture.

Plymouth possess an average form at home lately. They were having an excellent form in the past League One season here. Adding that up with their home win against Barnsley this season, we expect them to have some spirits.

On the other side, Peterborough were recording inconsistent winless outcomes in their recent friendly outings. They had played outfits from different leagues across England. However, they started off with a 2-3 win against Cheltenham this League One season.

They added a 3-0 win against Morecambe from their second league fixture to wove a thread of two winning games. However, that won’t cover their present inconsistent away run.

Considering all the above stats, we are expecting a win for Plymouth when they meet Peterborough on Wednesday.