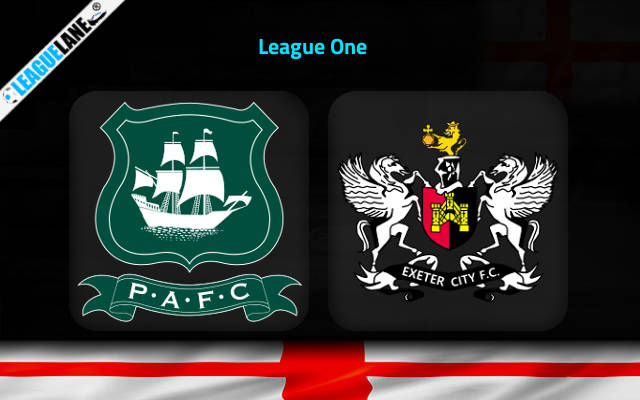 The last time Plymouth lost a league game was over two months ago, currently they have the best form in the league. The league leaders will welcome Exeter at Home Park for an important game.

Steven Schumacher’s team bounced back with a 2-1 victory over Shrewsbury following their 2-2 draw against Bristol Rovers. Morgan Whittakers’ goal in the 83rd minute of the game helped Steven Schumacher’s side claim all three points.

The team is now at the top of the table with a two-point cushion over their nearest rivals Ipswich Town. In the game against Bristol Rovers, goalkeeper Michael Cooper played an important part in that 2-2 draw, as he stopped five shots on target.

Exeter could not get past Derby County last time and the game ended in a goalless draw. Matt Taylor is concerned about his team’s away form this season, as they are winless in their last three consecutive away matches.

The 4-1 defeat against Forest Green in the League Trophy competition has rattled the club. In that game, manager Matt Taylor decided to give Harry Lee a chance to play as the goalkeeper and this decision backfired.

He immediately changed the goalkeeper in the very next game as Jay Lynch replaced him. We can expect the home side to dominate this game as they are the table toppers.

You can back the following as our first tip is that Plymouth will score Over 2.5 goals – at 3.75 odd. This is after considering that in the last two head-to-head matches at Home Park the host have scored three goals.

Furthermore, our second tip for this game is that Plymouth will win this game – the odd for this tip is at 1.95 odd. Since 2016, both teams have played four times and the visitors have won only once. Also, the host have an excellent nine-game winning streak at home this season.