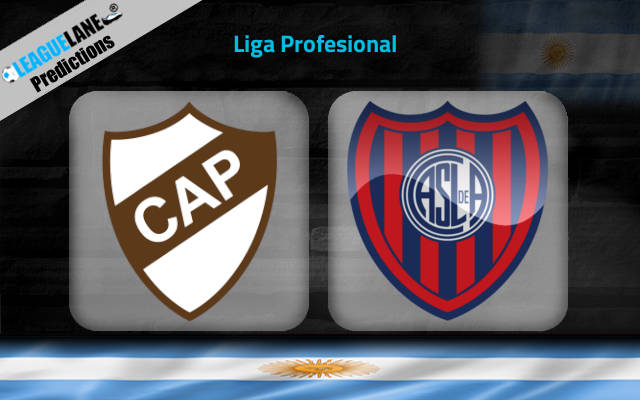 Platense has won 2 of their last 4 matches and is looking to resurge their season after resting at the bottom of the table for too long.

San Lorenzo put an end to a 4 game winning streak with a 3-0 win over Patronato. The losing streak saw them slip to 16th place. They will want to get their season back on track by stringing at least 2 to 3 wins and put them in a position to contend for the Copa Sudamericana spots.

However, San Lorenzo has lost all 3 recent away matches. But, it’ll come as a relief that Platense has lost 2 of their last 4 matches at home.

Platense’s last 4 matches have all been high scoring events with an average of 4 goals. We expect a shower of goals this weekend as well.

San Lorenzo is expected to get yet another win on the board after their 4 matches winning streak and it’s every punter’s delight as oddsmakers are favouring Platense instead.

The match will be a close encounter with an excess of 4 goals as is evident from Platense’s last four matches. Even their last head to head resulted in 6 goals

Both teams are obviously expected to get on the board with a scoreline of 3-2 in San Lorenzo’s favour.