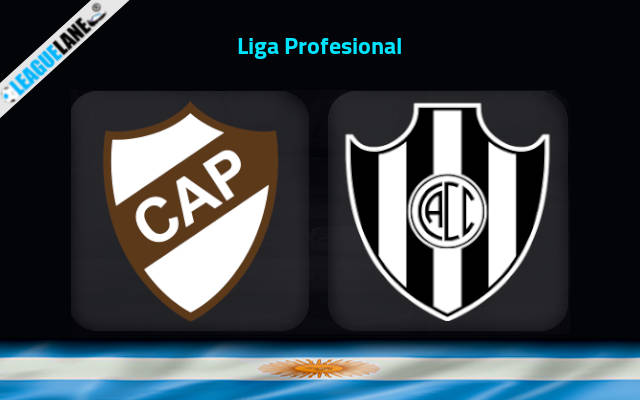 Matchday 8 of Liga Profesional is set for this weekend as Platense play host to Central Cordoba where both these sides differ by 6 points but are separated by a dozen places. These two teams will be seen clashing at Estadio Ciudad de Vicente López, this Tuesday.

Platense is at the 8th spot on the standing with 14 points from 8 games. They won 3 times in the league while drew on 5 but have not yet lost a game. Having the highest number of ties in the league, they are more of a defensive side and they remain as one of the 3 other teams to have not faced defeat so far.

The hosts were held to a consecutive share of the spoils, in the courtesy of a 1-1 draw against Arsenal Sarandi on last Saturday. They have been mean at the back, with the number of goals that have flown into the back of their net over the course of their previous 6 outings marks just four.

On the other hand, Central Cordoba resides at the 21st position on the table with 8 points. Of the 8 matches played, they won and drew 2 games each while having lost on 4 other occasions. Their struggles at the defensive end of the pitch has also been another key factor as they have conceded 12 goals thus far.

Since a 1-3 losing effort in their last game against Patronato in Superliga competition, Central Cordoba will be hoping to get a better result this time. They have been scored against in 5 of their last 6 matches, conceding 11 goals in total.

Incredible stuff is sen from Platense at home, where they are currently unbeaten in 8 games. They have not yet lost a game in this competition and has a defensive strength.

Meanwhile, Central Cordoba won just once from their last 5 away games. They also come here on the back of 3 straight win-less run in this tournament.

We think that the home team will take all 3 points here since the visitors are in a poor form and has been conceding frequently.