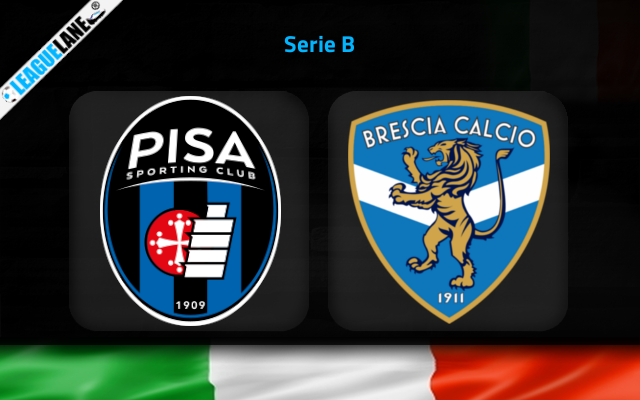 Pisa lost their chances to occupy the top spot after conceding a defeat in their most recent league fixture. They currently occupies 3rd spot with a total of 58 points, two points away from the top spot. They have a decent offensive and defensive lineup.

Pisa’s recent league fixture negative recording was against Benevento. The match ended up in a demolishing 5-1 defeat for them. They will be hoping to bounce back from that demotivating lose in their next fixture with the aid of home ground advantage.

Meanwhile, Brescia occupies 5th spot on the table with atotal of 57 points. They are just two points away from the Serie A promotion zone. They too possess a decent offensive and defensive lineup.

Brescia recorded a 2-0 win over L.R. Vicenza at home in their most recent league fixture. With that win, they are now on the back of four subsequent unbeaten fixtures. They will be hoping to extend it.

Pisa have been enjoying a strong form at home of late. They are unbeaten in each of their past 6 home fixtures. They have only lost once at home this season.

On the other side, Brescia follows a winless streak for four subsequent fixtures on road. They have leaked goals in each of those four fixtures.

On top of that, Pisa are having an upper hand in the recent history of this head to head match-up. Considering the strong home form of Pisa, we back them to seal a win against this Brescia side when they meet at Arena Garibaldi – Stadio Romeo Anconetani in a Serie B fixture on Wednesday.