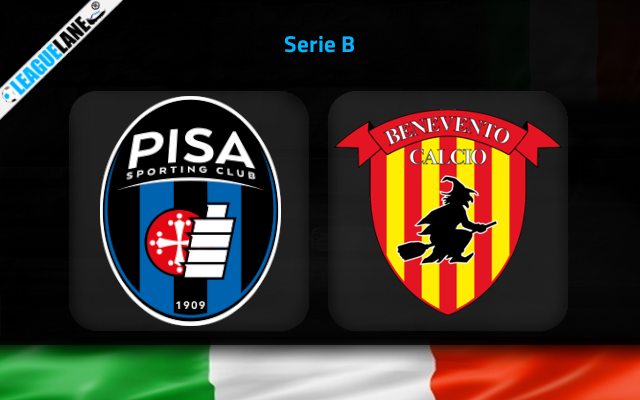 Pisa had a decent form throughout this Serie B season. They claimed the third spot at the end, missing the Serie A spot with just two point difference. However, their form of recent is not that strong.

They lost the first leg of Play offs with 1-0 score against Benevento on road. The above defeat was their third winless recording in the past four Serie B outings. Such a form is not so impressive and they should improve.

Benevento wasn’t having a decent form before entering the first leg. They gained momentum very late which resulted in the snatching of wins at crucial times. Their first leg win against Pisa might boost them in entering the second leg.

Anyways, the home advantage is with Pisa this time and we can expect twists as Benevento leads with just one goal.

The overall inconsistency Pisa records of late is mostly from their on road outings. The first leg defeat was recorded at Benevento’s turf too. The point is, Pisa’s home form is better enough to state competitive.

They are unbeaten in each of their past 9 league fixtures at home. Their offensive line-up looks impressive while the defensive side looks weak. The reason of many of their recent home fixtures turning out to be draw is because of this defensive steel.

On the other side, Benevento possess an average form on road. They are lost three of the past 6 league fixtures away from home. We can also see their goal preventing side breaching even in those outings they won.

Analyzing the above stats, we are of the view that Pisa might outscore Benevento at the end of the game. We also expect goals from either sides unlike their past head to head trend considering the defenses of both.