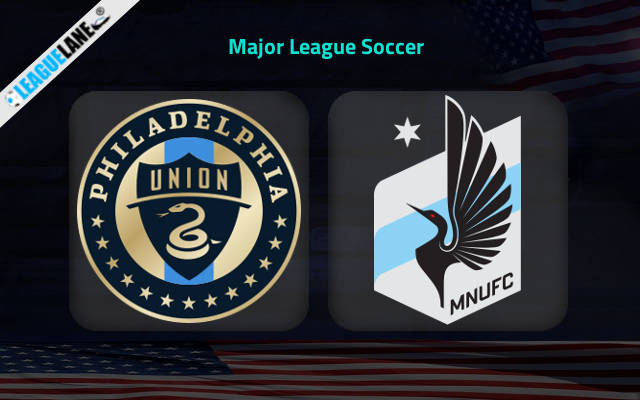 It is a fresh start for MLS and one of the first match is between Philadelphia Union and Minnesota.

Philadelphia Union played against Cincinnati in their last match in Club Friendlies. Both teams scored a goal each in the match ending the game in a draw with 1-1 FT score.

Minnesota United played their last match against Vikings in Club Friendlies. The match ended in a draw with 2-2 FT score.

Philadelphia was one of the top contender of Eastern Conference in the last season MLS. The team had achieved the second position in the Eastern Conference league table and was promoted to the play-offs. The team had earned 54 points totally in the season. Last ten matches of MLS for Philadelphia show the team scoring in all the matches, in which they secured wins in five.

Minnesota has played well in the Western Conference. They had achieved fifth position in the last season and had 49 points to their name. By the end of the last season, the team had mixed results to show. Minnesota had scored in nine of the last ten matches, in which they got wins in three of them.

With the start of a new season, the teams will all be getting ready. With new players in the squad, the managers will look for the best formation to accommodate the players and get the wins in the matches. Both teams have scored in their last matches. Philadelphia has played well in their last season, earning five wins in the last ten matches while Minnesota could secure only three.

Philadelphia has the advantage of playing in their home ground where they have won in most of the matches. Minnesota, on the other hand, has not exhibited the best form in their road trips. Their last three away matches have ended without wins.

So, I believe the match will end in a win for Philadelphia Union