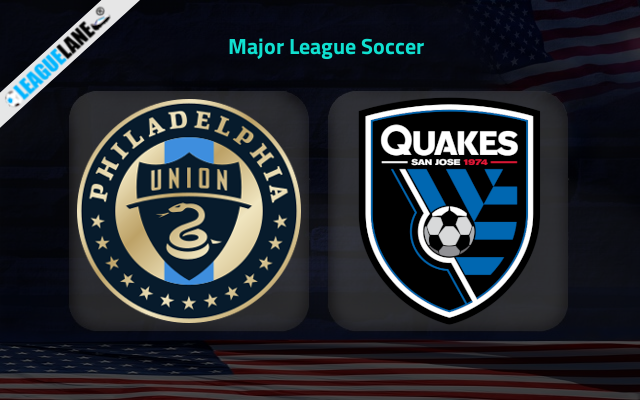 Philadelphia Union have started off well this season by recording two unbeaten displays from their opening fixtures. They won 1-2 against Club de Foot Montreal away from home and recorded a 1-1 draw at home against Minnesota in their first two games this season.

They will be hoping to extend their unbeaten run with the aid of home ground advantage when they meet the traveling SJ Earthquakes at Subaru Park in this MLS fixture on Sunday.

Meanwhile, SJ Earthquakes have recorded a couple of winless displays from their opening two league fixtures. They played a 3-3 draw at home against Columbus Crew and lost 1-3 to New York Red Bulls away from home in the first two league matches this season.

Analyzing the previous results of these two outfits including the previous season’s recordings, Philadelphia are unbeaten in 8 of their past 9 fixtures while SJ Earthquakes are winless in 7 of the past 9 league fixtures.

Philadelphia Union possess a strong form at home lately. They have won 7 of their past 10 fixtures at home across all competitions. They have also succeeded in scoring goals at a good rate at this venue.

On the other side, SJ Earthquakes are winless in 6 of their past 10 fixtures away from home. They have leaked goals in each of their past 8 on road fixtures.