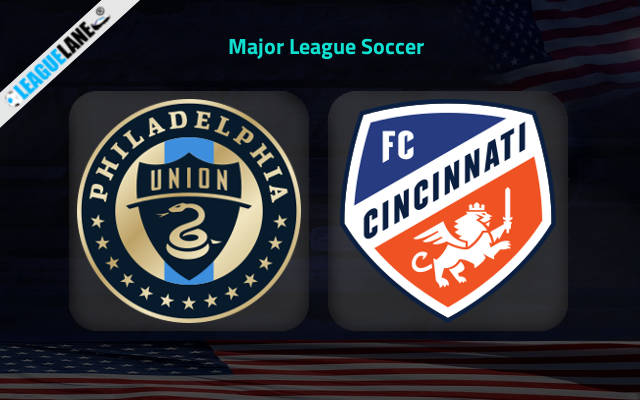 Philadelphia Union will take to the pitch with visiting team FC Cincinnati at Subaru Park in this MLS Playoff fixture on Friday.

The first spot of the Eastern Conference table claimed by Philadelphia Union by recording the best performance in the league. Having only conceded five defeats this season, it must be mentioned that they deserved the place.

Undoubtedly, their main strength in this exceptional run were an excellent offensive and defensive line which had an impressive harmony throughout the season.

While the defensive line has a lot of clean sheet wins, the offensive side has a rate of 2 goals per game average to speak about.

Their Hungarian striker Daniel Gazdag showed the best performance in the offense scoring a total of 22 goals in this season. Moreover, Gazdag had a hand in all 4 goals scored by Philadelphia in the last game.

It would be difficult to answer if you ask the question that whether Cincinnati possess a potential to face this Philadelphia Union. They have reached this stage by finishing fifth in the table.

Cincinnati won the knockout fixtures, but it must be said that they were very lucky to claim a victory in the last match. It is certain that Philadelphia will not concede mistakes like New York Red Bulls had in the previous round with Cincinnati.

The U’s are unbeaten at home stadium all through this year. Apart from that, they have been winning games for the past several fixtures here.

Most of these games featured a large number of goals. Therefore, it is ideal to back Philadelphia Union to Win & Over 2.5 Goals and Daniel Gazdag to Score Anytime.