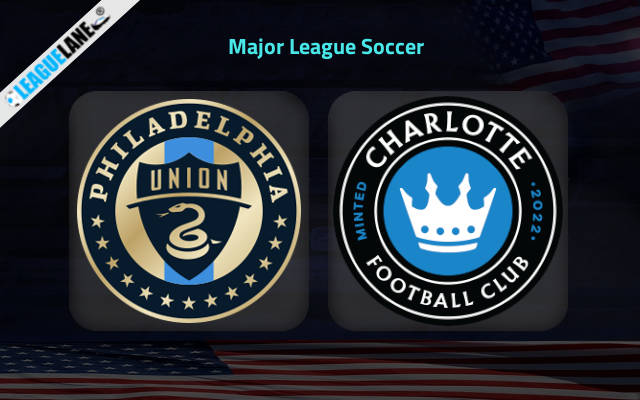 Philadelphia Union had the best start among all other MLS clubs in the Eastern Conference this season. They are yet to record a defeat and they opened with mostly positive displays. They have a good offensive and defensive lineup. Following that, they sits at the top of the table with a total of 10 points.

Philadelphia Union recorded another victory in their most recent league fixture. The match was against New York City away from home. With that win, they are now on the back of three subsequent victories and will be having highest of spirits.

Meanwhile, Charlotte have surprised everyone by sealing a couple of wins being underdogs. They were having a streak of winless displays since their introduction to the world of football. However, it seems like they have gained the flow.

Charlotte played against Cincinnati in their most recent league fixture. They recorded a 2-0 clean sheet win from that fixture and are now following a streak of two consecutive winning games.

Despite of a 1-2 defeat against New York City in the Semi-Finals, Philadelphia Union are unbeaten in each of their past 10 home affairs. Such a set of recording is more than enough for them to enter this fixture with highest spirits.

On the other side, Charlotte are yet to record a win on road since their entry to football. They have lost each of their two on road fixtures this season. We can see them leaking two or more goals in both and we can expect them to leak in this fixture too.

By the looks of things, we expect a win for the in-form Philadelphia Union against the inexperienced Charlotte when they meet in an MLS fixture on Saturday at Subaru Park.