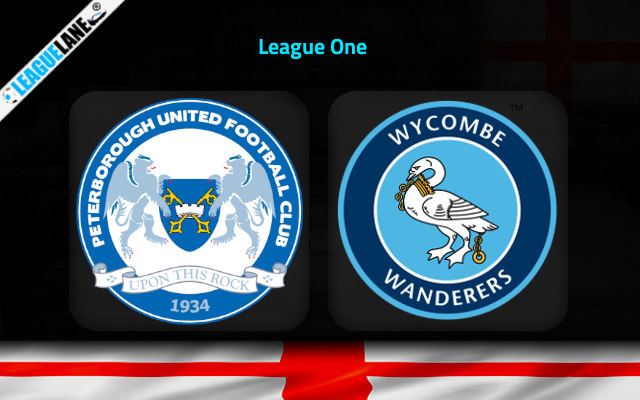 Peterborough vs Wycombe Predictions and Free Tips from our expert tipsters when the teams go head-to-head in the England League One on Sunday, 1 January 2023.

Peterborough have failed to seal a win in the last five league outings and have dropped into 8th position in the league standings. A win is essential for them to get back the lost safe zone spot.

They face Wycombe in Sunday’sLeague One match. Wycombe are currently 7th in the table and have managed to show a good display in the last five games.

The past two overall wins were evenly split, with two each for either sides. Their latest meeting had ended in a 2-1 win for Wycombe.

Peterborough is having a three-fixture winning streak against Wycombe at home. Their head to head meeting at this venue have often seen goals over 2.5 ft.

Who will win the match between Peterborough vs Wycombe?

Peterborough have managed to perform consistently well at home despite of their display in overall stats. They have won three of the last four home outings.

Meanwhile, Wycombe is following a two-fixture winless streak on the road. On top of that, they are having a three-fixture losing streak against Peterborough here. Thus, we expect a result in favour of Peterborough on Sunday.

Affairs including Peterborough have generally been high-scoring affairs in this season. Moreover, their h2h tradition suggests a high-scoring scenario too. In that case, we expect this match to have over 2.5 goals ft.

The defensive side of Peterborough have been allowing goals consistently of late. Wycombe’s defense looks a bit tough to crack but since we expect a victory for Peterborough, this match is likely to have goals from both ends.

This match is a great chance for Peterborough to return back to their winning ways. At home, they can’t afford a lose and we expect them to seal a win at 1.91 odds.

Going on, the current form of Wycombe assures us that it won’t be a one-sided affair. Thus, both teams to score at 1.87 odds seem to be a decent alternative.