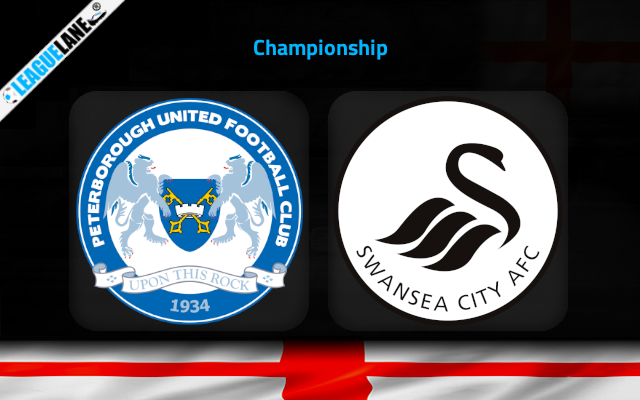 Peterborough are not pulling up any trees since the beginning of this season. They own the worst defensive lineup of this season. As a result, they remains at the rock bottom of the table with a total of 23 points in hand.

They played a 2-2 draw at home against Stoke City in their most recent league fixture. With that draw, they remains winless since December 2021. They have only scored three goals in the past 10 league fixtures.

Meanwhile, Swansea have an inconsistent form in the league of late. They have collected 6 points from the past 5 league fixtures to add up to a total of 44 points for occupying the 16th spot on the table. They have an average offensive and a disappointing defensive lineup.

Swansea have recorded a couple of negative results in the league recently. This includes an away defeat against Blackpool and at home against Fulham. Such a set of negative display came after two subsequent winning fixtures. Therefore, they will be hoping to return back to the winning path by sealing three points from the coming fixture.

We can clearly see that Peterborough possessing a pathetic form in the league so far. We are expecting them to add another one to their long winless thread when they play host to Swansea in their next Championship fixture at Weston Homes Stadium on Wednesday.

We have nothing to expect from this Peterborough outfit except the chances of scoring one past Swansea who possess a disappointing defense. Anyways,
Just one goal might not evade the defeat caused by the breaching of the poor defence of Peterborough.

Therefore, we are backing the visiting side to seal a win against this Peterborough outfit.