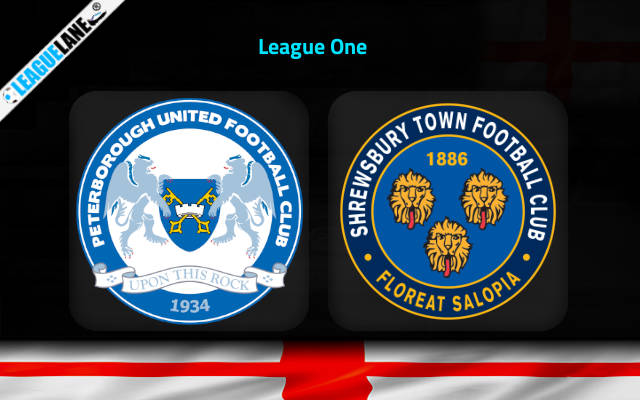 Peterborough vs Shrewsbury Predictions and Free Tips from our expert tipsters when the teams go head-to-head in League Two on Saturday, 17 December 2022.

Four consecutive defeats have made Peterborough’s situation very tense. They have now lost nearly 50% of their games this season. They are also out of the FA Cup as well.

Meanwhile, two back-to-back victories have helped Shrewsbury reach the tenth position on the table. They defeated Bolton in their last league outing. If they manage to win this fixture they will be able to reach the top six.

The visitors are on a two-game winning streak against Peterborough. Last month the visitors won this fixture by 3-1.

In the last four years, both teams have clashed seven times. On five occasions the visitors celebrated a victory against this team.

Who will win the match between Peterborough and Shrewsbury?

Considering Peterborough’s abysmal form since late October. We can back the visitors to take all three points from this fixture. They have registered two wins since 2021 against the current host.

Do also note that the host are on a five-game losing streak in all competitions.

In two of the last three overall head-to-head meetings, the game ended with over 2.5 goals. This time as well it is likely that this trend will continue.

We can back for both teams to score in this game. This is after considering that both teams have scored in five of the last seven meetings.

You can back the following, as our first tip is that Shrewsbury will win this game– at 5.00 odd. They are on a two-game winning streak against this team. On top of that, the last time the host won a league game was nearly two months ago.

Our second tip is that Over 2.5 goals with both teams to score – at 2.40. Both teams have scored a combined total of ten goals in two of the last three meetings starting from 2020.