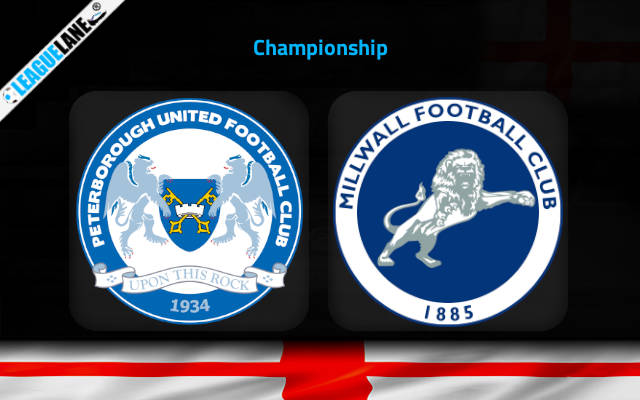 Peterborough is at the third last spot on the table in the zone for relegation to League One. A win is urgently needed by them in order to escape from the red zone. The visitors having a confidence of the previous win, takes a road trip this Saturday to Weston Homes Stadium hoping to do the same.

The home team is at the 22nd spot, bottom third with only 16 points in hand. From the 21 matches played they won and drew 4 games each. They have the highest number in losses standing at 13. They netted only 17 times but have the highest conceding numbers in the league with 40 .

Peterborough United are without a home win in the past 3 league matches. They have made an unwanted 2-0 away defeat to Nottingham Forest last round, failing to score in 5 consecutive league games.

The Lions reside at the 8th spot on the table gaining 30 points. From the 21 games played so far, they won 7, drew 9 and lost 5. Their goals to conceding ratio stands at 23:22. They won the previous game against Birmingham by 3-1.

In their last 6 clashes, Millwall have managed to get a sum of 8 goals. They have got on the score sheet in every single one of those games but have seen 6 goals scored against them. Their 3-1 win over the Brummies marked the first time in 7 games they managed to score on more than one occasion.

The Lions have not registered a win against Peterborough when they’ve played them away from home in the last 2 league games. They also suffer a win-less streak in the past 3 away fixtures this season.

We envisage an away win in the upcoming fixture since the home side has only won 3 of the 10 home games this season. A narrow win for Millwall is expected at Weston Homes Stadium.