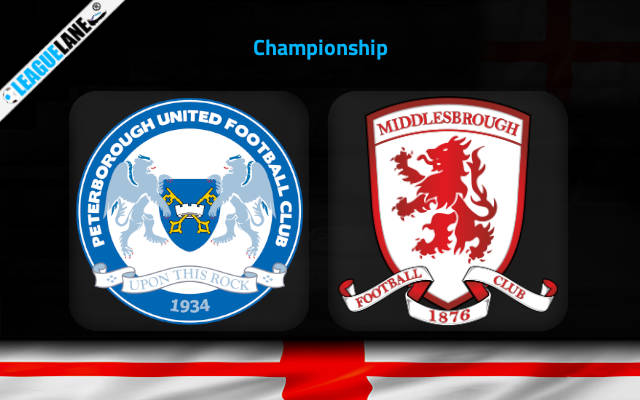 One step away from the Play Off place, Middlesbrough is set to hope for another victory while taking a roadtrip to Weston Homes Stadium this weekend to face off against the relegation fighting Peterborough United.

The Boro’s are at the 7th spot just below Black burn, lacking only 2 points. From the 37 games played so far, they won 17 times in the league while drawing on 8 which earned them 59 points in total. Since Chris Wilder’s first Championship game in charge in November, only Sheffield United and Luton Town have won more Championship matches than Middlesbrough.

Middlesbrough lost their last game to Chelsea by 2-0 after triumphing till the Quarter finals of FA Cup. Throughout their 6 previous matches, Chris Wilder’s men have found the back of the net a total of 6 times, earning them a goals per game average of 1.

On the other hand, Peterborough resides at the 23rd position on the table with a mere 26 points. Of the 38 matches played, they won only 6 times in the league while drawing on 8 and losing on 24 other occasions. The home side has the worst conceding figure in the entire league, letting in 76 in total while scoring only 32.

The Posh previously had a 3-1 Championship success over Queens Park Rangers. The team of Peterborough are on a poor run of 9 across all competitions in which they have allowed at least 1 goal.

The hosts have not beaten Middlesbrough in their previous 7 matches in the league and haven’t won at home in their last 7 league games.

Meanwhile, Middlesbrough have managed to keep a clean sheet in their 3 most recent encounters with Peterborough in all competitions. They are also unbeaten in their last 2 league matches away from home.

Viewing all these aspects, we therefore feel that an away win is likely to occur this weekend.