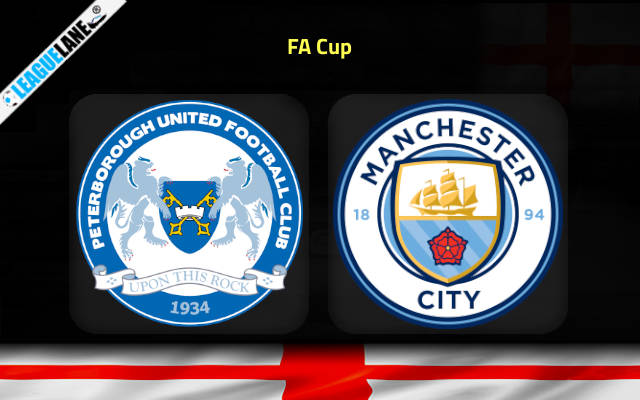 This is a match-up between the best in the English top flight, and the worst in the second division. And no points for guessing who the favorites are.

The Citizens are placed at the top of the EPL table, and are strong contenders to defend their title there. They are on a long winning streak, and are scoring goals at an unbelievable rate.

Moreover, they had lost their grip on the Carabao Cup this season, after a four-year stretch of continuous titles in the competition. And for Pep Guardiola, for whom domestic dominance is a matter of price, FA Cup just became much more important.

They will come down strong this Tuesday at the Weston Homes Stadium.

Meanwhile, Peterborough are placed dead last in the second division, and sadly they are prime contenders in the Championship to get relegated at the end of the campaign.

Moreover, they also have an inferior h2h record against this rival.

For the reasons, expect a compelling win for Manchester City.

Peterborough are on a three-game losing streak, and they had conceded a total of six goals in the process. They were also winless in ten of their past eleven overall fixtures, and their latest league win at home had come back in the second week of December 2021.

On the other hand, Guardiola’s men had won 20 of their last 23 overall games, and they had scored two or more goals in 10 of their preceding 14 matches.

Furthermore, they will be determined to lift the FA Cup after losing out on the EFL Trophy, and judging all these factors, expect a convincing win for the reigning English champions this Tuesday.

Tips for Peterborough vs Manchester City