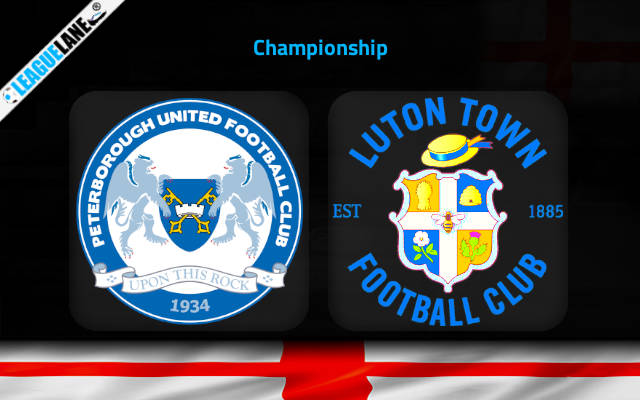 Peterborough has played poorly in their matches this season. The team had not had a win in 15 continuous matches until their last match against QPR. Their poor performance has affected their standing, placing them as the second team on the relegation zone with only 26 points to their name.

Peterborough United played their last match against QPR, in which Peterborough scored three goals while QPR could score only one, ending the match with 1-3 FT score.

Luton Town has played well in their matches throughout the season. Even their recent matches have ended with some good results for the team. From the last ten matches, the team has won in seven and lost in three. The team is currently on a win streak in two consecutive matches. Luton stays third on the league table with 63 points from their matches.

Luton played their last match against Hull City. Luton scored three goals in the match while Hull City could score only one and that too in the 90’minute. The match ended with 3-1 FT score.

The host’s poor performance puts the team in a tough position when they face against Luton Town. Luton Town stands in the third position of the table because of their strong form. The team has also scored over 1.5 goals in most of their recent matches as well.

Peterborough’s home matches have not achieved the results the team had hoped for. The team has not won in their last seven matches. Luton’s recent away matches ended with some good results for the team. From the last ten away matches, the team has got six wins, one draw and three losses.

I believe the match will probably end in a win for Luton. Luton Town has shown they are capable of keeping clean sheets in their matches and against a team such as Peterborough, the match is more likely to end with a clean sheet for Luton Town.