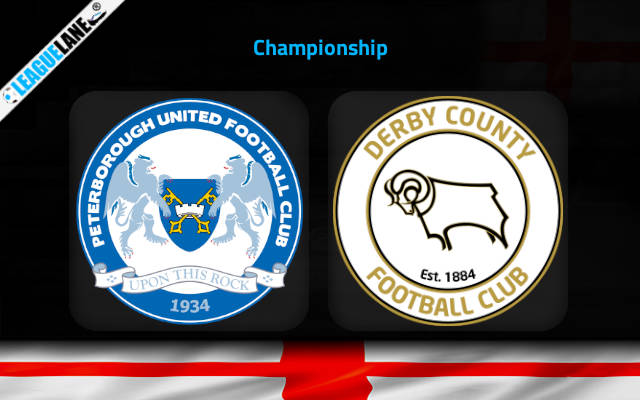 Peterborough have just secured an entry into the top flight from the League One. Meanwhile, Derby narrowly avoided relegation the last season. Both squads seem to be evenly matched, and previous h2h encounters have had goals in huge numbers.

Likely, expect another high-scoring affair this Saturday at the Weston Homes Stadium.

Peterborough had finished second in the League One in 2020-21, and thus secured direct entry to the coveted Championship. They had scored the most number of goals of all the teams in the league – 83 from 46 match-ups, and had lost just 11 of these games.

However, defense has been a concern for them, as they let in goals at a rate of at least one per fixture.

The team will be determined to make this promotion count, but they know most teams in this competition will be levels above them. As such, they have to pick and choose easy targets, and Derby certainly are one to be considered.

That team had finished 21st in a table of 24 in the Championship the last year, and were the last safe team in the table. In fact, they had a lead of just one point over the relegation cut-off, and they had conceded a total of 58 goals from their 46 games.

They will be determined to not let things get too tense this time around, and definitely will be looking to amass as much points as they can. And the newly-promoted Peterborough are a good target for them.

As such, expect goals in plenty this Saturday, when these two defensively weak squads go against each other.

Peterborough had conceded a total of seven goals from their last two matches alone, while they have scored 11 from their former three appearances at home.

Taking into account these stats, as well as the respective objectives of either team, expect a goal-fest this Saturday.