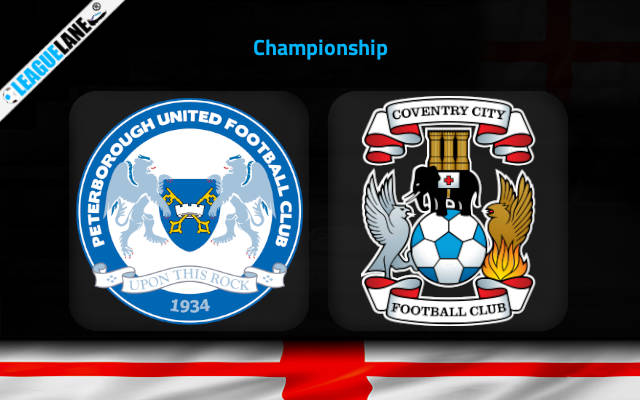 In game week 27 of Championship, Peterborough United faces Coventry City for their next match on Saturday at Peterborough.

Peterborough is in 22nd position on the league table with 10 points from 23 matches. They played their last match against Bristol Rovers in FA Cup. The match ended in a win for Peterborough with 2-1 FT score.

The team’s performance in this season has been poor. They have only secured wins occasionally. From the last ten matches, the team has scored in only four of them and has only won in two of the matches. Their win against Millwall had brought a stop to their cold streak. However, they lost again in their next match. The Posh has played 11 matches in their home ground and has mixed results to show from the matches. They have scored in seven of the matches and have won in four matches.

Coventry City is 10th in the league table with 34 points from 23 matches. Their last match was in FA Cup against Derby County. The match ended in a win for Coventry with 1-0 FT score.

The team had started the season well, but now they are finding it difficult to win in their matches. With yet another loss, their cold streak has increased to six games. In the last ten matches, the team has scored in seven of the matches but could find win in only two of the matches.

The team has played 11 away matches so far. They have scored in only six of the matches and won in only two of them. The team has also drawn in last three matches.

Coventry is the better team out of the two and has more chance in winning the match. The match is likely to end in a win for Coventry or in a draw. Both teams have not scored in most of their matches, so there is also a good chance in the match ending under 2.5 goals.