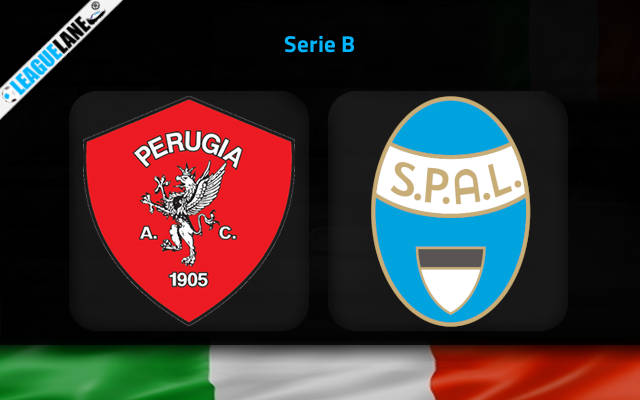 Perugia vs SPAL Predictions and Free Tips from our expert tipsters when the teams go head-to-head in Serie B on Thursday, 8 December 2022.

Perugia are now just one win away from finally leaving the bottom-most spot on the table. They are making slow progress as they are unbeaten in their last three matches.

Meanwhile, SPAL are going through a very rough form as they are winless in their last five outings. To make things worse for manager Daniele De Rossi, the team lost their last three consecutive outings.

Both teams clashed earlier this year and the game ended in a 1-1 stalemate. The host have a very strong record at home against this team as they are unbeaten in their last two meetings.

SPAL have won only once in their last four overall head-to-head meetings. Moreover, they are yet to win away from home this season.

Who will win the match between Perugia and SPAL?

The past record clearly shows that Perugia have a better winning record against SPAL. Not only that they are unbeaten in their last three matches. At the same time, SPAL are having one of the worst form in the league this season.

Perugia managed to beat Genoa by 1-0 recently, this shows how they have improved their performance since late November.

The visitors are facing a goalless drought as they have not scored even once in their last five away outings.

The visitors have started showing consistency since last month. They are in decent form as they have not lost since mid-November. Therefore, the first tip is that Perugia will win by 1-0 – at 6.50 odd.

Our second tip is that Perugia will keep a clean sheet – at 2.50. The visiting team have struggled to score whenever they play away from home this season.