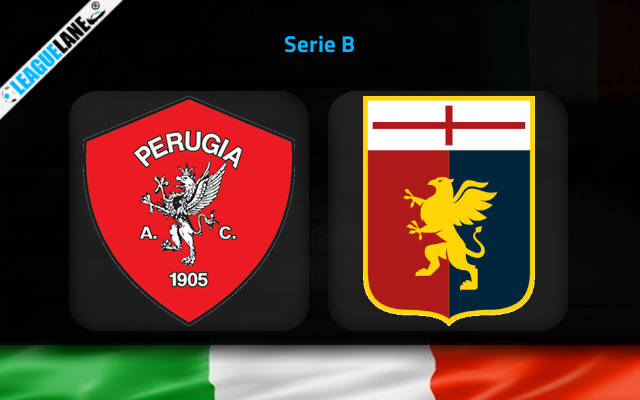 Perugia are by far the worst team in the competition, and they are placed bottom-most in the table. They are the prime contenders to get relegated at the end of the campaign. Meanwhile, Genoa are one of the best, and are placed third in the standings as of now.

They lost just twice all through the campaign, and one of the defeats came against the second-placed Reggina. Only a handful of teams scored more goals than them in the entire tournament, and only the toppers managed to concede fewer than them.

They have been the best team on the road in the entire Serie B, and they have a 100% winning record in such games, barring just two games.

Meanwhile, Perugia are placed 20th in a table of 20, and they are the only team yet to score goals in double digits in the league. They have been on a losing streak even in front of their home crowd, and all along they let in goals in huge numbers.

And it is also to be noted that they have a poor h2h record in recent clashes.

By the looks of things, expect a win for Genoa this Sunday at the Renato Curi.

Perugia have just two wins to their name in the past six months, and all through this period they went on losing streaks. It is also to be noted that they let in two or more goals at home in every single one of their games since October.

On the other hand, Genoa are a team that were relegated from the top flight. And they really are showing that quality.

They have a 100% winning record on the road after May, barring just two games – and they are going after at least a second-place finish.

Surely expect a winning performance from Genoa this Sunday.

Tips for Perugia vs Genoa