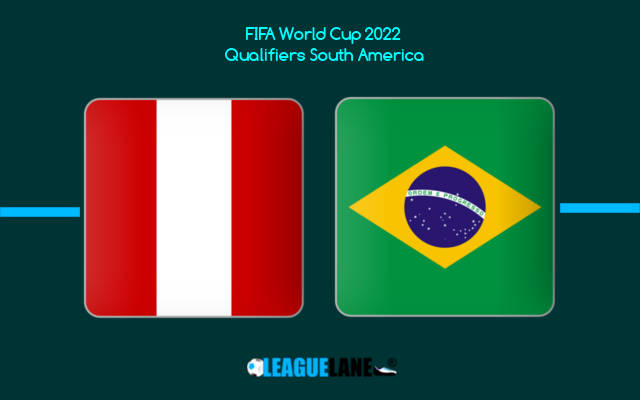 Brazil have started the new cycle of World Cup Qualifiers in the same fashion they finished the previous one – dominantly. Cariocas have demolished Bolivia at home 5-0 and now travelling to Lima in order to face Peru.

Peruvians can be quite unpredictable, especially when playing in front of their fans and home venue. Fans are not going to be there unfortunately, so having low 1.42 odds on the away win doesn’t look surprising at all.

Brazil have extremely high win rate when it comes to South American duels in the last two years, also being the winners of Copa America.

Interestingly, Peru have caused a big upset by beating Brazil as visitors in a friendly match in September 2019.

All time stats are not going in their favour though, having lost 13 out of 19 duels, while winning only three.

Peruvian fans celebrated only one victory against Brazil at this venue in the past, while losing three.

Brazil scored 41 goals in 19 games against this opponent, while conceding only eleven. Cariocas were victorious in three out of the last four meetings. Those victories were with at least two goals difference or sometimes more.

Brazilian fans were slightly worried about results achieved in late 2019, but the truth behind those draws against Senegal & Nigeria, and loss to Argentina is that coach Tite did a lot of experimenting.

The first match of the campaign against Bolivia last weekend was perfect, ending 5-0 in their favour. Roberto Firmino’s name appeared twice on the score sheet, while Coutinho and Marquinhos added one as well.

Neymar Jr had two assists, so all in all these players definitely look like strong, united team.

Peru managed to avoid defeat in the initial match against Paraguay in very late stages, which is hardly going to happen two times in a row.

We are backing Brazil to win and to keep a clean sheet at 2.00 odds.