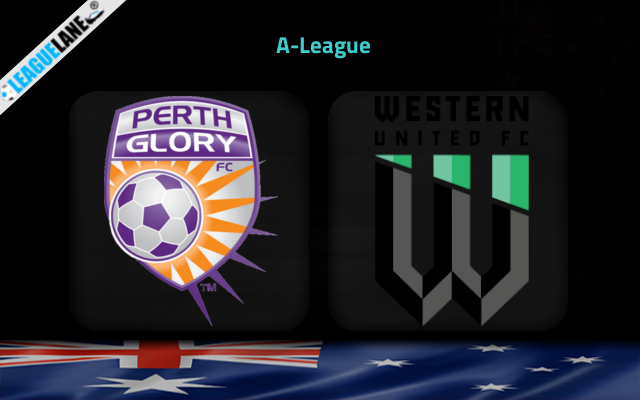 Perth Glory vs Western United Predictions and Free Tips from our expert tipsters when the teams go head-to-head in the Australia A League Men on Saturday, 10 December 2022.

Neither Perth Glory nor Western United have started off this season decently. They both are currently positioned at the bottom spots in the league standings.

Western United is at the 11th position while Perth Glory is at the 12th position in the table. Either sides will be aiming to seal a win on Saturday when they both meet in an Australian A League fixture on Saturday.

Western United can also rely on the recent tradition since they have won the previous three encounters against Perth Glory. The latest encounter had finished in a 6-0 win for Western United.

At this stadium, they have only locked horns three times and Western United won two netting in a total of 4 goals.

Who will win the match between Perth Glory vs Western United?

Western United is most likely to win this game. They will enter this fixture on the back of a 2-3 away victory over Wellington Phoenix the last time out.

Moreover, they have an upper hand in the recent history of this head to head meeting. Therefore, expect a victory for the visiting side Western United.

Affairs including Perth Glory and Western United have generally been high-scoring affairs this season. Around 80% of fixtures played by these two saw the landing of over 2.5 goals ft.

On top of that, a total of 21 goals were produced between these two sides in the past five h2h meetings. Therefore, expect over 2.5 goals in this match.

Both teams are yet to record a clean sheet game this season. They both owns a defensive line which allowed goals at a worrying fashion.

In that case, goals are likely to come from both ends when these two sides meet at Macedonia Park on Saturday.

Considering all these observations, we like to back Western United to seal a win. For the second tip, we like to place over 2.5 goals since both these sides have been recording high-scoring affairs of late.