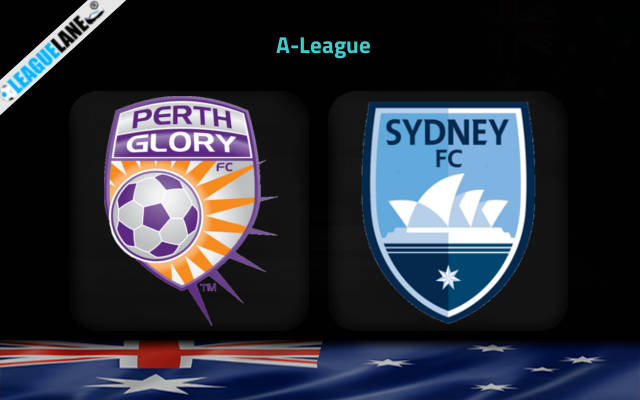 Game week 26 of A League brings us the match between Perth Glory and Sydney FC on Saturday at Perth.

Perth Glory’s last match ended with a loss for the team. They played against Adelaide United. Perth could score only in the last minutes of the match, but the hosts couldn’t break the two-goal lead for the opposition, ending the game with 1-2 FT score.

Sydney played against WS Wanderers in their last match. WS Wanderers scored two goals in the match while Sydney could score none, ending the match in a loss for Sydney.

Perth Glory has not had the best season so far. They have won in their matches only occasionally and lost in more matches than both their wins and draws combined, putting the team in the bottom half of the league table in the 11th position with only 12 points to their name.

Sydney has shown inconsistency with their performance throughout the season. Their form rises and falls suddenly in the matches. The team is currently unbeaten in their last five matches. The team sits 7th on the league table with 18 points to their name.

Perth Glory and Sydney are in the same position when it comes to their performance. Both teams are winless in the last four of their matches. However, they have scored in three of their last five matches and can be expected to score in this match as well.

Looking at the records, the match is most likely to end in a win for Sydney because they have played better than Perth Glory in most of their matches.