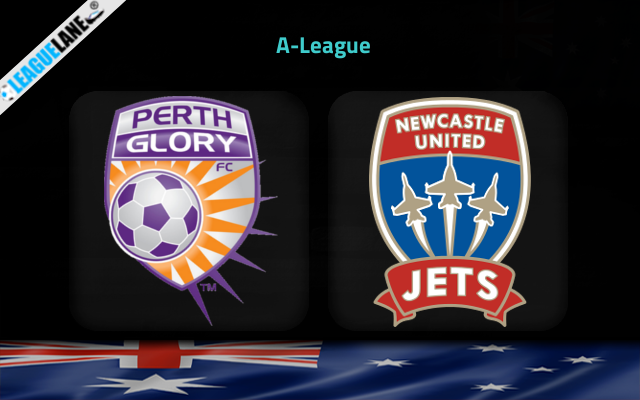 Perth Glory are not pulling up any trees since the beginning of this season. They have the worst form among other A-League clubs this season. As a result, they sits at the rock bottom of the table with 13 points. They have a disappointing offensive and defensive lineup.

Perth Glory recorded a 2-1 defeat on road in their most recent league fixture against Wellington Phoenix. With that defeat, they are now on the back of 8 winless fixtures in a row. They will be having lowest of spirits following such a set of winless displays

Meanwhile, Newcastle Jets have been showing signs of bettering of late. Their recent recordings allowed them to climb up a couple of positions to the top. They currently occupies 9th on the table with a total of 21 points. They have a decent offensive and an average defensive lineup.

Newcastle Jets will be hoping to make it three subsequent wins in a row following a 2-0 victory against Sydney FC at home and a 4-0 win against Wellington Phoenix on road. They will be entering their next fixture with enough of spirits.

By the looks of things, we expect Perth Glory to extend their current slump when they meet Newcastle Jets at HBF Park this Wednesday in an A-League Fixture.

Despite of their good h2h stats, we have no other options to back Perth Glory to seal a win against Newcastle this Wednesday. Perth Glory are winless in each of their past six league fixtures. They have lost five of those six games too.

Therefore, we are backing Newcastle Jets to deliver a positive display in this fixture. We are backing the both teams to score option analyzing their recent goals scoring trend in h2h meetings.