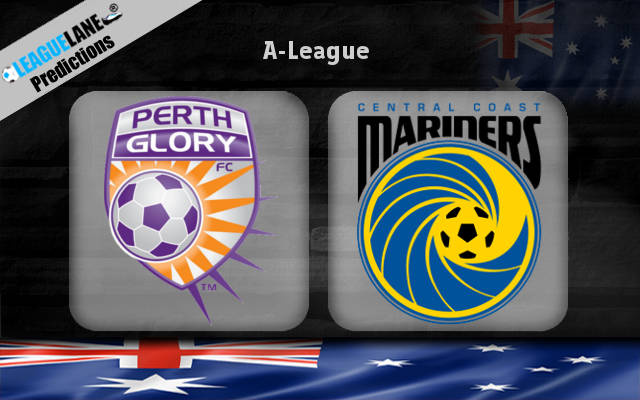 Perth Glory lost twice on back to back league schedules and has been unable to gain a win since the past 5 fixtures. Sitting at the bottom of the table, they lost 4 times from the last 5 games alone. After losing 3 games in a row, Central Coast Mariners slowly building their momentum by unbeaten in the last two league schedules. With only two spots away from landing into the Play Offs, the Mariners hopes for a win as they take a roadtrip to HBF Park this Tuesday to face the Glory.

Central Coast Mariners are at the 8th spot on the standing with 15 points from 14 games. They won 4 times in the league while drawing on thrice and losing on 7 other occasions. They scored 20 in total while conceding a sum of 22 which shows some room for improvement in defense is needed.

In their last game, the Mariners drew 1-1 in the league tie with Melbourne Victory. They have been scored against on all of their last 6 matches, conceding 9 goals in total.

On the other hand, Perth Glory resides at the rock bottom closing the 12th position on the table with 12 points. Of the 14 matches played, they won and drew thrice while losing on 8 other occasions.

The hosts lost the last consecutive league fixtures to Adelaide United and Sydney FC conceding twice on each. They have been lazy at the front, scoring only in meagre amounts.

The hosts have not beaten the Mariners in their last 3 matches in the league and they have lost the last 4 home league fixtures in succession. Meanwhile, the visitors are also struggling on road, as they lost the last 5 away games played in the league. We envisage a double chance for the visitors, as they have more advantage against this foe since the last 3 league encounters.