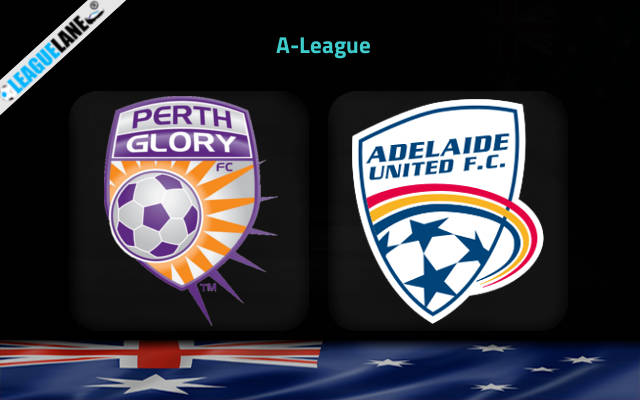 Perth Glory are currently sitting in an all familiar second half of the league table. However, with no other team having competed in fewer fixtures than the club in the division, winning their games in hand could see them rising to the upper echelons of the league. With that being said, given their current form, I do not see that happening.

They came back from a two goal deficit in their previous league match, to gain a point away from home against Melbourne City, in a contest that ended 2-2. The result marked their 2nd draw in five league games.

Managing one point on average from their last five league fixtures, the club is now ninth in the league, nine points behind their opponents for Sunday.

Adelaide United started 2022 with amazing results in January, However, things have started to slow down for the club in February and with teams with games in hand breathing down their necks, the team should continue winning to retain their position in the top half of the league.

They were last seen in a 2-1 win at home against Central Coast Mariners, where they escaped with all three points, thanks to a 92nd minute winner from Irankunda.

Following this, they are now 4th in the league, eight points behind the league leaders with a game in hand over them.

The hosts have scored at least a goal in the first half of six consecutive home fixtures, where the club has managed to take points. Whereas, their opponents have not led at half time in their preceding ten league fixtures. Hence, I have backed the hosts with an Asian handicap for the first half.

The visitors have lost just once in their last six league matches on the road and have won half of them. Their opponents meanwhile have dropped twice the amount of points they have gained in home fixtures this season. So I have backed a home win for this fixture.