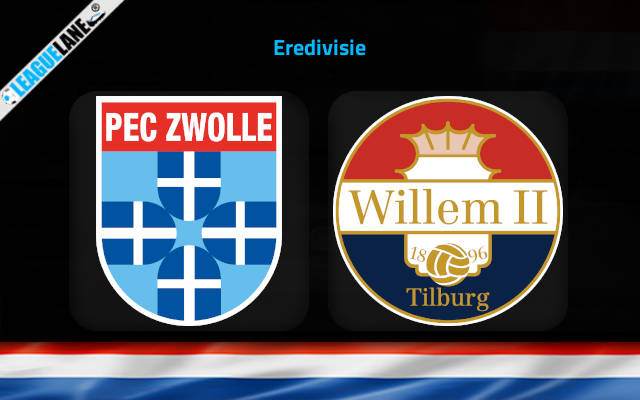 PEC Zwolle will be hoping to turn a new page at the start of 2022 after a horrible first half of the season in the elite class of Dutch football.

The team led by Dick Schreuder sit at the very foot of the Eredivisie standings with only 6 points from the opening 18 rounds.

The safe zone is ten points away and it is clear that PEC Zwolle will need a miracle to avoid the drop to Eerste Divisie football next term.

Scheuder’s men will be desperate to get some momentum going with a result in the first fixture of the year.

They play host to fellow strugglers Willem II in what will be the maiden Eredivisie action of the year on Friday evening at MAC PARK Stadion.

Willem II have not been pulling up any trees in the finish of the last year. They will thus go into this tie off the back of nine consecutive league defeats.

This run has dropped the team down to 14th position in the standings. Fred Grim’s men are now only five points above the red zone, and they also desperately need to arrest the mentioned slump in form.

This is a huge game for both teams, but we really like the look of PEC Zwolle here. The hosts showed a much better impression in their previous game in the league despite a 1-0 defeat to Vitesse on December 21st.

We will back PEC Zwolle to win at the 2.10 odds knowing that Willem II lost nine on the spin in the league.