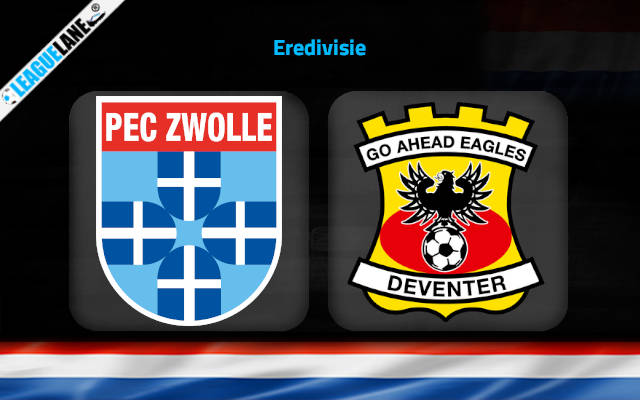 Zwolle are the absolute worst team in the Dutch top flight this season, and it is really no wonder that they are placed bottom-most in the table. The season is about to end, and they need to find some extra points to climb over the relegation cut-off.

Moreover, they had also played two extra fixtures. By all means, they are under massive pressure, and coupled with their weakened defense, expect them to struggle this Sunday – especially so against a squad like the Eagles, who are trying to improve their form.

Moreover, Zwolle also have a poor h2h record against this foe over the years.

For the reasons, expect a win for Go Ahead Eagles this Sunday on the road.

Zwolle are on a three-fixture losing streak, and they have won just four times at home in the past ten-month period. Note that they had failed to keep clean sheets in seven of their preceding ten home appearances as well.

On the other hand, the Eagles won 3-0 at home the past game week, against Cambuur. They were also unbeaten in seven of their past eleven overall fixtures, and it also deserves mentioning that they have lost just three times on the road, in the past six-month period.

Taking into account these observations, expect a winning performance from the Eagles. Do also anticipate goals in plenty, considering the defensive frailties of the hosts.

Tips for PEC Zwolle vs Go Ahead Eagles