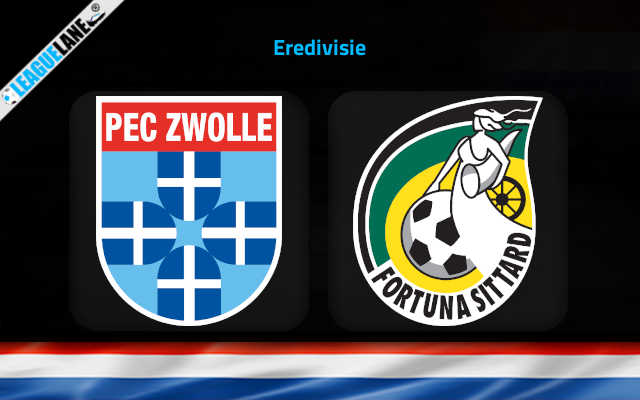 Feyenoord lost touch with Ajax and PSV at the top of the Eredivisie standings after back-to-back slip-ups in the last two rounds.

They took only one point from the previous two league fixtures, losing 2-1 at AZ Alkmaar and sharing spoils in a 1-1 stalemate to Groningen in the process.

Feyenoord missed numerous chances to complete the second-half comeback last weekend against Groningen, but the visitors managed to leave Rotterdam with a point in their pockets.

Arne Slot’s men are now eight points behind Ajax and six points shy of PSV. They can’t afford any more slip-ups in the weeks to come if they are to stay in contention for at least the second-place finish and a spot in the UEFA Champions League qualifications next season.

Feyenoord will be looking to bounce back on Sunday afternoon when they travel to MAC PARK Stadion to take on the relegation-threatened PEC Zwolle in Matchday No 26.

PEC Zwolle will enter the tie in the highest of spirits after a huge 0-1 win over direct relegation rivals Fortuna Sittard in a genuine six-pointer at Fortuna Sittard Stadion.

One of their latest acquisitions Oussama Darfalou made the difference by netting the only goal midway through the second half on the occasion.

PEC Zwolle are now one point above Fortuna Sittard (who are in the danger area) and currently hold the position that takes to relegation playoffs in May.

Feyenoord can’t afford any more slip-ups if they want to stay in the battle for the Champions League spots. However, we would not be surprised to see the hosts on the scoresheet here after they had as many as 20 shots in the 0-1 win over Fortuna Sittard last weekend.

We are thus very much tempted by the 3.00 odds offered for PSV to Win & Both Teams To Score pick here, while the more conservative punters can only take the 1.61 odds given for the Over 2.5 goals FT pick.