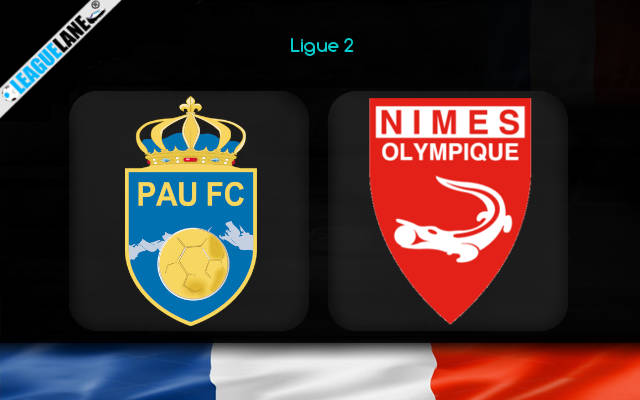 In game week 22 of Ligue 2, Pau faces Nimes for their next match on Tuesday at Pau.

Pau faced against the top placed Toulouse in their last match. Pau took the lead in the match in the second half, but could not keep it for long. Toulouse scored a goal in the 78’-minute and the match ended in a draw.

Nimes have stopped their loss streak with a win against Dijon in their last match. Nimes ended the first half of the match with a two-goal lead against the opposition. Even though Dijon tried their best to level the match, they could score only one goal against Nimes, ending the match with 1-2 FT score.

Pau has achieved mixed results in their matches this season. They are in the 9th position on the league table with 28 points from 21 matches. They have scored in eight of the last ten matches and have won in four of them as well.

Nimes has played with an inconsistent form in the matches this season. The team results show a series of wins after a loss in their matches. They are now in 11th position on the league table with 26 points from 20 matches. Out of the last ten matches, they also have scored in eight of the matches and have won in four of them.

I believe the next match will be very tight. Both teams will score in the match and the match will end with over 2.5 goals. The match, however, is likely to end in a win for Pau.