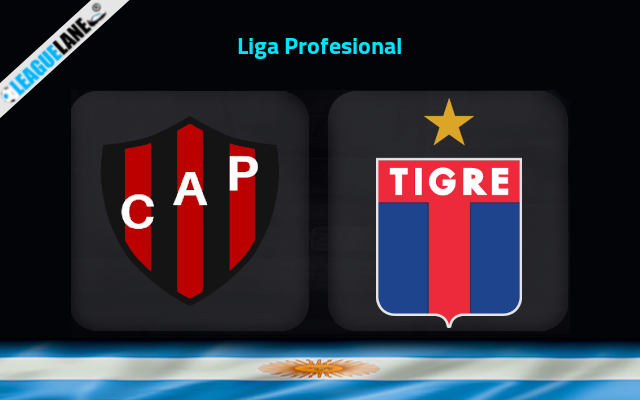 Patronato had a fluctuating winless form before entering this Liga Profesional season. They were either losing or winning in the competitions recently. However, they have tried their best to record better displays in the season and have somewhat succeeded in it.

Meanwhile, Tigre also had an inconsistent form before entering this Liga Profesional season. They have followed the same in the league and recorded much worse further. Their current form is very displeasing. The most often outcome were a defeat for them with a weak display from the defensive line-up.

The recent form of Patronato looks average. They have recorded some unbeaten outcomes of late to display their strength as competitive. Three of the past four league outings were unbeaten outcomes for them. Also, they have won two of those four fixtures scoring three goals each.

At home, they won two of their total four league fixtures so far this season. They draw and lost one apiece of the other two home outings this season. Following the above recordings, Patronato will be having enough of spirits to face their next rivals at home.

On the other side, Tigre is currently following a winless streak for six games in the league. They lost three of those 6 winless games. We cans also see their defensive line-up leaking goals at a worrying fashion.

Tigre is having a disappointing form on road too. They are following a winless thread of three subsequent league games on travels. Two of them were negative outcome with their defensive line-up leaking two or more goals.

Analyzing all the above stats, we are left to back Patronato to seal a win from this Liga Profesional fixture against Tigre on Wednesday.