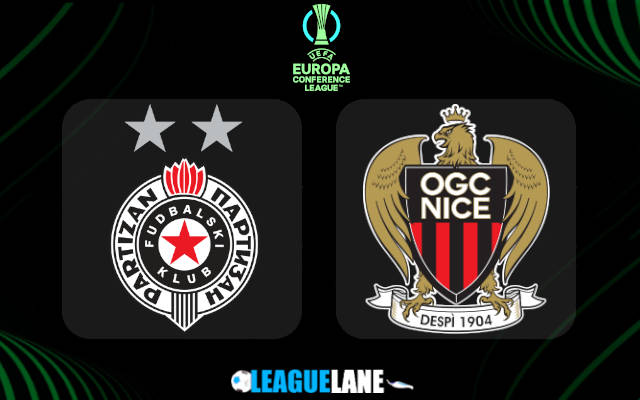 Partizan are struggling to show consistency lately, and they started their Conference League campaign with a draw. Meanwhile, Nice are one of the titans of the French top flight, and they are absolutely determined to secure the top-most spot in this group.

They finished fifth in the Ligue 1 table the previous season, and thus secured an entry into the second edition of the Conference League. They deserve special appreciation for having overcome intense competition to make sure they finish in top-five of the Ligue 1 table.

Defense was their hallmark all through the campaign, as they let in the least number of goals of all the teams in the tournament.

Currently they are on a good run on the road, and are keeping up their great defensive displays.

Meanwhile, Partizan did secure a second-place finish in the rather inferior Serbian league the last season, but as of now they are placed seventh in the table.

They are also letting in goals in almost every other fixture, and they failed to showcase any kind of domination even in front of their home crowd.

By the looks of things, expect a victory for Nice this Thursday at the Stadion Partizana.

On the other hand, Nice registered a 0-1 win on the road the past game week, against AC Ajaccio in the French league. And they remained unbeaten in eight of their past twelve overall fixtures as well.

Do also note that they are on a two-game winning streak on the road, and scored three goals in the process.

Considering these stats, expect a win for Nice this Thursday on the road.

Tips for Partizan vs Nice