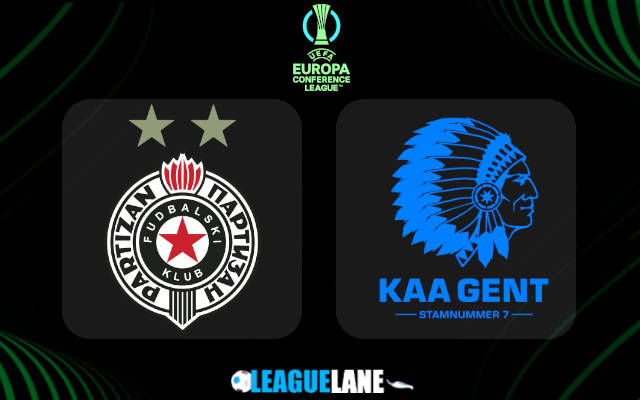 Partizan and Gent, two clubs who are head and shoulders above the other teams in the group, will battle it out for the top position in group B of the UEFA Conference League, this Thursday at the Stadion FK Partizan in Belgrade. The match is set to kick off at 20:00 UK.

The Steamrollers have been dominating things in the Serbian league and are top of the league 5 points ahead of the nearest competition. In the Conference League, they have been just as impressive and sit top of the group with 6 points.

The team has won all of their preceding 5 matches. On matchday 2 of this competition, they registered a comfortable 2-0 win against Estonian side Flora Tallinn.

Gent on the other hand has been struggling in the Belgian Pro League and are closer to relegation than they are to the top of the table. With 4 wins and 2 draws in the season, they sit in 12th position.

However, they are raising their game in the Conference League and with wins, in 2 games they sit second in the table behind their opponents this week on goal difference. In the 2nd game week, they beat Cypriot club Anorthosis Famagusta 2-0 at home.

Both teams have been equally impressive in the competition. Ghent has not been in their best run of games in the league but the performances in the Belgian league can not be compared to a much easier Serbian league performance.

Partizan despite having the home advantage on their side may find it difficult against Gent who are on a good run of games.

We are backing a low scoring match in which both teams would fail to get the upper hand.

Tips for Partizan vs Gent